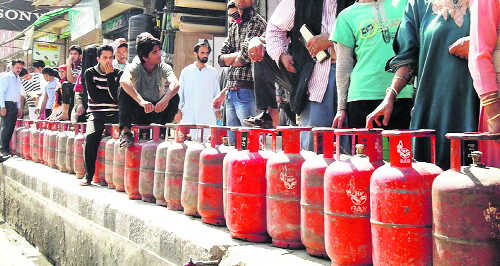 The enrolment of more than 10 crore LPG consumers in Direct Benefit Transfer (DBT) scheme has made it the world’s largest cash transfer scheme. On accomplishing the feat in a time span of just over two months, Prime Minister Narendra Modi, while congratulating the beneficiaries and officials involved in formulating and implementing the scheme, said, “The scheme will bring an end to the possibilities of fraud and subsidy will reach people directly. Its role in nation-building is important.” He further termed PaHal Yojana to be the largest cash transfer scheme in the world.

The Direct Benefit Transfer (DBT) Scheme for LPG subsidy, now renamed PaHal or Pratyaksha Hastaantarit Laabh, covering more than 65% of 15.3 crore LPG consumers in the country has emerged as the world’s largest scheme in comparison to other countries like China, Mexico and Brazil, where similar schemes are in operation. Maximum beneficiaries touched upon in these countries are no more than 2.2 crore.

Among the 15 crore active LPG consumers across the country, around 10 crore LPG consumers have become a part of PaHal scheme that has been introduced in 54 districts of the country in November 2014 and in remaining India on January 1.   According to the latest estimates, an amount of Rs. 4,299 crore has been transferred through 11.33 crore transactions.

To make the scheme, successful, the Ministry of Petroleum and Natural Gas adopted various measures as guardian officers for each district, deployment of technology by use of SMS, and a single-window portal to enable consumers to join the scheme.