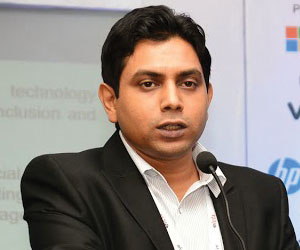 The Prime Minister’s Jan Dhan Yojana is just what the doctor must prescribe for all-round well-being of the country, but there’s a need to guard against the operational pitfalls, says K P Saha

The concept of financial inclusion dates back to the 60s of the last century. At that time the banks opened their doors to the masses and the central bank insisted on opening rural bank branches and promotion of rural entrepreneurship through outflow of financial assistance. But, people living in the vast, incommunicable areas remained excluded.

In the last couple of years, there was a sort of IT revolution, which surmounted the physical distances. In fact technology is ready to give even the remotely located citizen access to the financial system. Today, a person in a far-flung village can send money instantly from one’s mobile phone. The Prime Minister’s Jan Dhan Yojna is the right political wisdom to fully exploit the IT to harness a holistic economic development of the country.

The bottleneck that could perhaps impede the success of such a gigantic dream is the statutes requiring production of valid documents for account opening. However, this has been taken care of by the RBI; now an account can be opened by simply providing a photograph and putting a signature or a thumb impression on the account opening form. Another welcome change is the introduction of e-KYC. A person having Aadhaar registration can now open an account instantaneously by producing his Aadhaar number.

Apart from the above mentioned benefits, the Prime Minister also declared additional incentives in the form of accidental insurance cover and assurance of credit to the new account holders. This instantaneously triggered a huge enthusiasm amongst people, and in the last few weeks we have seen a rush for opening accounts.

Now, here is the other side of the story. The purpose of the project is not served merely with the opening of accounts. With millions of new customers, the banks will also have to issue as many RuPay debit cards. These are to be sent to the customers and the PIN numbers will also have to be mailed in separate covers to the account holders’ addresses, which is a huge task and a big challenge considering intrinsic security threats. The system must guarantee that the cards and PIN numbers do not fall in the wrong hands.

After the cards are distributed another area of concern will emerge. The country has very less or no ATMs at all in the rural sectors, not to speak of bank branches, to give service to the huge additional clientele. Moreover, conentional ATMs cannot accept deposits, so even if there were sufficient number of ATMs, these could possibly cater only to the delivery of direct benefits, but would fail in inculcating a culture of savings and financial habits amongst the people – the ultimate goal of the project.

Another factor that needs to be considered is that in rural areas, payments should be backed by biometric authentication, because this will ensure no misappropriation of money transferred by the government. Now, all customers handled by the BCs cannot have e-KYC because not all have been registered with Aadhaar. The possible alternative is to use central authentication by the banks, for which necessary technology and infrastructure must be introduced by the banks. Central authentication of biometrics may continue till the time customers are not Aadhaar enabled.

Side by side, encouragement by the government is also needed for production of enough number of micro-ATM devices capable of using swipe cards (RuPay). These devices must support biometric capture and printing of transaction receipts, as these are the two basic security factors required for a transaction. Then there should be supply of a huge number of RuPay cards in a short time, which essentially means the presence of capacity to manufacture and personalise a large quantity of cards.

The NPCI must seriously think of inducting additional card manufacturers that are approved and personalisation companies immediately. Technically equipped and financially sound startup concerns are present in the country right at this moment.