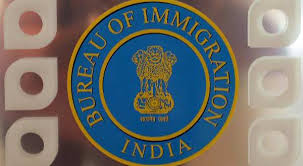 The government has planned to come out with e-visa system by the beginning of October to attract a larger number of foreign tourists.

Making this announcement, Union Tourism Minister Sripad Naik recently said that there would be no reservation over the e-visa scheme. Addressing a press conference after a national conference of state tourism ministers in the national capital, he said discussions are going on with all the concerned ministries and that this scheme would be introduced in phases.

As per the plan, the e-visa facility would benefit tourists from all the countries except for the people belonging to Pakistan, Sudan, Afghanistan, Iraq, Iran, Sri Lanka, Nigeria and Somalia, Naik added.

Rationalising tax structure and simplifying hotel classification system are also been focused upon to make tourism sector more competitive, the minister said adding, however, that rationalising the tax structure is the responsibility of respective state governments.

To promote cleanliness at and around the sites of tourism and historical importance, Naik announced that cash rewards would be given to civic bodies which would successfully meet the specified criteria.

Safety is one of the biggest concerns while promoting tourism in India as rising number of crimes against foreign tourists, especially women, has made people wary of visiting the country. Naik admitted that recent incidents have affected the image of the country, and hot the tourism industry adversely.

In response to a query, the minister said that 12 states have so far created exclusive tourist police. Uttar Pradesh, according to him, has also deputed tourist police at a few selected locations like Agra and Varanasi.