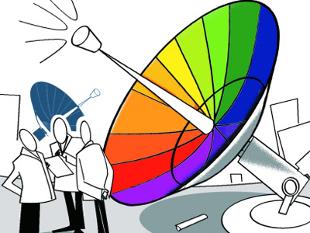 The Department of Telecommunications (DoT) will soon initiate the process to auction mobile frequencies in several regions where the licences of existing top telecom operators are coming up for renewal in the next two years.

As per rules, operators must buy airwaves through government auctions if they want to continue services after their existing licences expire. To enable companies to prepare their business plans, DoT has to auction spectrum at least 18 months before the expiration date of existing licences.

The department will start the process by seeking the sector regulator’s recommendations on the starting price for auctioning airwaves in the 900 MHz and
As many as 29 mobile telecom permits of top operators, including Bharti Airtel, Vodafone India, Idea Cellular and Reliance Communications are due for renewal between December 2015 and April 2016, in high population circles such as Andhra Pradesh, Karnataka, Maharashtra and Bihar. According to the note, these carriers have 184 units of airwaves in the 900 MHz band and 27.8 units in the 1800 MHz band, meaning a total of 211.8 MHz will likely be put up for sale in the next round of auctions.

The Telecom Regulatory Authority of India will have to work out the pan-India reserve price for 1800 MHz band again as market demand may be different when the next round of auctions take place, the official told ET. It will also have to set the base price for the 900 MHz band in circles where airwaves were not put up for sale in previous auctions. In the auctions concluded in February this year, the government had set the reserve price for the 1800 MHz band at Rs 1,765 crore per unit for pan-India airwaves, 25% lower than the price set in the previous auction rounds in November 2012 and March 2013. It had also more than halved the reserve price for 900 MHz in the Delhi, Mumbai and Kolkata circles, where it sold that band.

DoT had put up for sale 46 units of airwaves in Delhi, Mumbai and Kolkata in that round. The companies which won airwaves have committed to pay aboutRs 62,000 crore to the government.

Meanwhile, in the previous auction, some top operators have bought spectrum in the 1800 MHz band in areas where their licences are coming up for renewal. This would help them hedge against losing licences if they fail to win back existing 900 MHz bandwidth, and allow them to avoid a high-intensity bidding war, as seen in the last round.