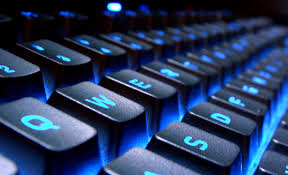 Karnataka is marching ahead in IT exports.

According to the state IT department announcement, the southern state of the country has touched the figure of Rs 1.65 lakh crores in its IT export revenue. Taking it further, state aims to almost triple this figure in coming six years. ‘ Karnataka has set the target of taking IT export revenue to Rs. 4 lakh crores by 2020,’ said S R Patil, minister for Planning and Statistics, IT, BT, Science and Technology.

Apart from this, State of Karnataka is planning to woo investors to set up IT projects in other cities of the state and not only in Bengaluru. Hubl-Dharwad, Shimoga,Gulbarg, Mangalore and Belgaum are in the list, where various IT companies have shown interest to start new ventures, claimed the minister. According to state officials, IT major Infosys had been allotted an area of 50 acres in Hubli. Minister Patil is hopeful, ‘that once commissioned, Infosys unit would provide 10000 direct jobs and 30 thousand indirect jobs.’ Also, state government is banking heavily on the Information Technology Investment Region (ITIR) to be developed in an area of 10500 acres between Devanahalli and Chikkaballapur.

To encourage growth in the IT sector, Karnataka government has rolled out new IT policy and it talks about formation of a single window agency, which has been one of the main demands of the IT industry in the state.