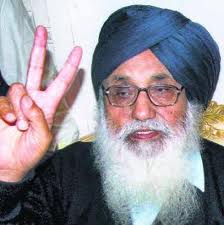 The Punjab Chief Minister, Parkash Singh Badal, on Tuesday approved the Rs 10,300-crore Ludhiana Metro project which will be completed in five years.

A detailed presentation on the project was made by the Local Government Department and Punjab Infrastructure Development Board in a meeting, an official release said.

It was decided that the land required for execution of the project would be provided by the State government with minimum displacement of people.

Emphasis would be on to execute the underground Metro corridor especially in densely populated areas, though it was capital intensive as compared to fully or partly elevated corridor but the prime objective was to avoid undue harassment of people on account of dislocation.

Badal approved the proposal of the Local Government Department for setting up of Special Purpose Vehicle for the smooth and effective implementation of the project.

He said Metro would be the only viable solution to provide fast, safe and economic transport system for the public.
It was informed in the meeting that two corridors of the Metro covering the entire city, one from Ayali Chowk to BBMB Power House and another from Gill village to Rahon Road Chungi, in a total length of about 29 km.

The meeting also deliberated upon legal provisions in the Metro Railways (Construction of Works) Act, 1978, Metro Railways (Amendment) Act, 2009 and Delhi Metro Railway (Operation and Maintenance) Act, 2002, for smooth execution of the project.