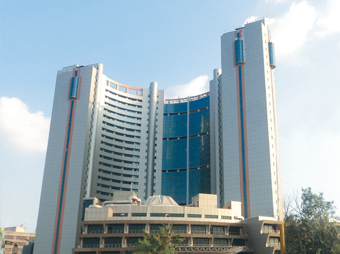 “For citizens g-Governance, or good governance, means ease in dealing with government departments. Good governance is needed, for humanising the existence of a large section of society,” says Nand Kishore, Chief Auditor, Municipal Corporation of Delhi

The IT systems may facilitate speed and transparency in government functioning, but streamlining of business rules and procedures cannot happen automatically. Quite often, in a hurry to look techno-savvy, government departments put in place expensive IT infrastructure and transplant the messy dysfunctional manual systems and procedures onto the IT systems. This results in heavy expenditure, without commensurate benefits. It may even result in disruption of working as at times effective controls available in the manual system are not migrated to IT systems.

Towards Speed and Transparency Unit area method of property tax assessment is a good example of good governance. Many municipal corporations in the country have adopted this system. It has given immense relief to property tax payers. In Municipal Corporation of Delhi (MCD), this system was introduced w.e.f. 01 April 2004. Prior to this, property tax was levied on the basis of rateable value. As per Section 116 of the Delhi Municipal Corporation Act, the rateable value was the Annual Rent at which such property might reasonably be expected to let from year to year less certain percentage of such annual rent towards repair and maintenance as well as less certain taxes.

For vacant land the rateable value was five percent of the estimated capital value. As per the DMC (Determination of Rateable Value) Bye Laws 1994, while annual rent of rented properties was fixed at actual rent paid or payable unless collusive, the annual rent of self occupied properties was to be arrived at notionally and was dependent upon factors like the cost of premises, prevalent market rent, cost of construction, type of use etc. Reasonable annual rent, estimated capital value, actual rent received or receivable unless collusive, prevalent rent, cost of premises, cost of construction etc. had inherent scope for disputes and vested the MCD officials with significant discretion in determination of rateable  values of properties. The system also suffered from a basic flaw that it placed no obligation on the property owner to pay the property tax. The property  owner was only obliged to file property tax return and non filing of property tax return attracted only meagre penalty.

Quite often it made financial sense not to file return at all since MCD could not realise tax for the period prior to the financial year in which notice to pay tax was issued. This system of determination of property tax also led to inequity in the property tax of properties in the same locality. For instance, the owner of a large self occupied property built up on a plot of 500 sq. Mtr (plot purchased and constructed in 1970) in a locality will pay meager property tax whereas an owner of a much smaller self occupied property built up on 100 sq. Mtr plot (plot purchased and constructed in 2000) in the same locality might pay a substantially higher property tax. The efficacy of system from the revenue collection angle largely depended upon the physical inspection of tax evading properties by the property tax inspectors to be followed by issue of notices to property owners. No wonder, while honest property tax payers suffered harassment at the hands of MCD officials, the manipulative ones avoided paying these taxes altogether with impunity.

The unit area method of property tax was introduced in Delhi from 01 April 2004. Under this system property tax was to be levied based on the annual value of the property. The system, the localities were classified in eight  different categories based on general development parameters of the localities like civic and social infrastructure, access to roads, land prices etc. Unit area values per sq. mtr were assigned to the vacant lands and buildings of different localities depending upon their categorization. The annual value of a building is arrived at by multiplying unit area values assigned to its locality by covered space of the property and the values assigned to factors like occupancy (self or rented), use (residential, commercial, hotel etc.), age of structure, etc. The property tax payable is a certain percentage of the annual value so arrived. The system was also accompanied with creation of facilities like on line payment of property tax. The system has also addressed the problem of evasion of the tax and placed onus of payment of tax on the tax payer and tax if not paid remains payable with interest and penalty as when detected. So it did away with constant surveillance by property tax staff.

It is not to  suggest that this system as operational in MCD has no drawbacks as the required follow up has not been done; the data base of properties is still sketchy, the property wise ledger is not maintained, even the previously maintained register called demand and collection register is not maintained. Yet this has made life much simpler for an honest tax payer as he can calculate his liability himself and can pay either on line or by cheque or even by cash. In fact online system also calculates the amount of property tax payable once the tax payer inputs data like category of locality, covered area of property, use factor, age factor, occupancy factor etc. This system has made property tax assessment and payment very simple, transparent and citizen friendly.

This is thus an example of good governance by use of e-Governance structures. Had the focus been limited only on creating IT structures, then huge expenditure would have been incurred on providing network of computers to property tax staff and the old dysfunctional system would have been transplanted on to the IT structures. The result would have been huge expenditure for the organisation but without any relief to honest property tax payer while evasion of tax and loss to corporation would have continued unabated. The good governance was achieved not by simply transplanting the existing business rules and procedures on to IT infrastructure but by first changing the business rules and then aligning the business processes to the new rules and then creating e-Governance structures.

For effective e-Governance following steps have to be taken: • Review and streamline the existing rules to make the obligations placed on the citizens fair and equitable.

• Review and streamline the existing procedures so as to eliminate unnecessary irritants and meaningless requirements which add no value to governance process but become tools of harassment of innocent citizens.
• Review existing checks and controls form the point of view of their relevance in the IT environment and retain, revise or eliminate existing checks and controls or add new checks and controls as deemed necessary.
• The perceptions and views of the target citizens as well as operational level government functionaries should be gathered and given due consideration while reviewing and streamlining rules, procedures and checks and balances.
• While broad organisation level plans for migration from manual to IT system should be prepared, actual execution should be activity wise or function wise. It has been noticed that massive large-scale installation of IT system with revolutionary slogans like ‘paperless office’ or ‘ leap into future’ quite often lead to chaotic situation and sometimes even to derailment of existing operations.To sum up e-Governance structures if devised with focus on good governance would help deliver good governance efficiently. Therefore it is imperative that business rules and procedures of manual systems are first reviewed and modified as well as streamlined so as to make them fair and equitable and citizen friendly and then the re-engineered business rules and procedures are suitably fine-tuned and then transported to IT environment.