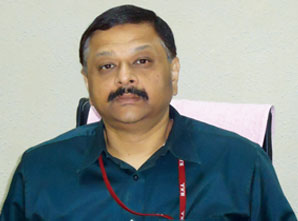 Dr C Chandramouli, the Registrar General and Census Commissioner of India, has overseen one of the most dramatic improvements in the time taken for Census data to be published. An amendment to the Citizenship Act 1955 has now made him the Registrar General of Citizens Registration of India as well. In this capacity, he is heading the National Population Register project, aimed at creating a database of all residents of the country. In conversation with Anand Agarwal, he discusses the project, the controversy over NPR-UIDAI clash and dispels many myths on the alleged conflict

Please take us through the history of the National Population Register project.

The National Population Register (NPR) Project goes back to the Kargil days, when after the Kargil War, the committee headed by the late K Subrahmanyam flagged the need for colour-coded identity cards for citizens and non-citizens.

Rajasthan was the first state to attempt issuing ID cards for citizens, but in the absence of an enabling legal framework, the initiative could not achieve much success. Following this, the Citizenship Act 1955 was amended by Parliament in 2003 and provision to create a National Register of Citizens was inserted in the Act. Pilot projects for developing the Register were subsequently taken up and these went on till 2009.

During the Pilots, it was realised how difficult a task it was to authenticate or determine citizenship in rural areas, for women and among landless labourers, as these areas or groups often have no documents to prove date and place of birth, identity and residence.

A Committee of Secretaries was formed to discuss modalities to be followed for the National Population Register Project and its recommendations were referred to an empowered Group of Ministers (eGoM) for final decisions which laid down the roadmap for the NPR project.

What is the conflict between the Unique Identity Project and the NPR?

There is actually no conflict between UID and NPR. The illusion of conflict has been created by misunderstanding about the objectives of the two projects.

NPR is a project whose major objective is geared towards ensuring better national security by developing a mechanism for creating a register of residents, which would later on be used as a base for creating a register of citizens. It follows a set of specific procedures in order to authenticate identity, place of residence before issuing a Resident Identity Card. The UIDs emphasis is on assigning a unique number so as to be able to correctly identify an individual. This is the basic difference in project objectives of the two schemes.

In 2008-09, the Department of Information Technology, Government of India (now renamed the Department of Information Technology and Electronics), started a parallel project for Unique Identity, based on three existing databases – the database of Public Distribution System (PDS), that for Elector Photo Identity Cards (EPIC or Voter-ID cards, as is commonly known) and the database for Below Poverty Line (BPL) households.

The DIT pilot aimed at identifying people common to all three datasets and assigning them unique identities as the first step towards a national unique identity system.

The DIT project came into some conflict with the Multipurpose National Identity Card (MNIC) project of the Ministry of Home Affairs and the matter was referred to an eGoM. The eGom decided that the UID project would go ahead with the existing databases and would not undertake any field operation to create any new database.

For MNIC, it was decided to first create a database of all residents along with the Census 2011 and then use it to verify citizenship in a separate database. It was also resolved that the MNIC would be rolled out in phases. The Unique Identity Authority of India (UIDAI) later changed the approach and decided to engage multiple registrars to collect biometric data required for the generation of the Unique Identity Number or Aadhaar. Under this new system, NPR became one of the registrars of the UIDAI. The government had initially put a cap of 10 crore enrolments to kickstart the UID project and it was thought that by the time this number was achieved, NPR would kick in.

The UID target was later raised to 20 crore upto March 31, 2012. The Union Cabinet has now taken the view that the NPR and UID projects have separate purposes. The UIDAI has been asked to enrol 40 crore additional residents in specific states while NPR will cover all of India. Thus, UIDAI would be enrolling 60 crore residents in all.

So what is the mechanism for enrolment of a resident in the NPR Database?

The first step – creating a database of all residents was completed along with the 2011 Census. The enumerators carried NPR schedules that collected data which was then signed by a member of the household, the enumerator, and a supervisor.

When an individual visits the NPR enrolment camp, he/she would be asked for the acknowledgement slip that the enumerator would have given after collecting data for the NPR during the Census. Biometrics would be collected only after this slip is produced. It would also be checked if they have already enrolled for the Aadhar number. If yes, then the number is noted down and the biometrics would be sourced from the UIDAI. After this the NPR enrolment proceeds. In case the individual has not been covered under the Aadhaar, biometrics of the individual are collected and Aadhar number generated through the NPR process for the individual.

After this, locality wise lists would be published and objections would be invited. The lists would be treated as final only after the Local Ward Committee or the Gram Sabha passes a resolution saying that the NPR list is an authentic and inclusive record of all residents of that locality.

The NPR is slow because we have to follow a laid down procedure for authenticating residents. NPR is legally mandated to cover every resident and the residence status has to be reliably authenticated.

We give each individual three opportunities to enrol. In the first step, camps are set up in communities/localities, etc. Residents can visit these local camps with required documents and get recorded for the NPR. If someone misses the local camp, they are asked to come to another camp in the same area, and if even this chance is missed, the individual is asked to visit the nearest Tehsil or town office in order to be enrolled with the NPR. The UID does not need to follow such an elaborate process; neither does it have any obligation to ensure total coverage. It can thus be rolled out more quickly. Following the enrolment of residents for the NPR, the data is published in local communities and objections to specific names are invited. The local ward committee or the Gram Sabha has to certify each list published for their locality as correct in totality before the cards would be issued. In this way, every care is being taken to ensure that only bona fide residents are given the resident identity cards. This is obviously a time consuming process.

What are the next steps, once the database is developed and residents enrolled?

Once the database is created, the Government is considering a proposal to issue identity cards to residents. After this, would be the task of keeping the database updated, which would be another major challenge. The maintenance and updating mechanism would make extensive use of State Wide Area Networks (SWANs) – every tehsil would have NPR centres to give services such as change of name, change of address, birth, death etc. Proposals for establishment of such centres would be put up to the government in due course.

What in your view are the most important challenges involved in the project?

The biggest challenge was of course covering the entire population to build a database of residents. This has already been done along with the 2011 Census where the entire population of the country has been enumerated. Therefore, we already have a locality-wise list of people. Biometrics-based de-duplication would clean up the data. By March 2013, we hope to cover 50 crore people and the remaining thereafter by 2014.

What is the statutory backing for the NPR Project?

The NPR project derives its statutory mandate from the Citizenship Act 1955 and Rules therein, as amended in 2003. Under the amendment, the Registrar General of India has been designated as the Registrar of Citizens as well.

What is the budget for the NPR project?

The estimated cost of the project is INR 6,600 crore or roughly $0.5 per capita – one of the cheapest in the world.

What are the features of the Resident Identity Card that would be provided under the NPR?

The card contains the Aadhar number, photograph of the card holder and their biometric details on a chip. A handheld device can be used to quickly authenticate a person’s identity status off-line. This process requires no connectivity and entails little or no computing or network costs for verification of identity.

A large number of e-Governance initiatives can be built around this platform.

The card would be an enabler, just like an ATM card allows you to access money, this card could allow citizens to access e-Government schemes and services after proper authentication of identity. Services offered by different ministries could be integrated on a common platform with the card as the common access key.

Aadhar is going to be the unique identifier across all datasets.

How would the security of biometric data collected under the NPR project be ensured?

All the biometric and biographic data would be stored in secure data repositories to be set up by National Informatics Centre (NIC). All measures will be taken to ensure cyber security of the highest order.