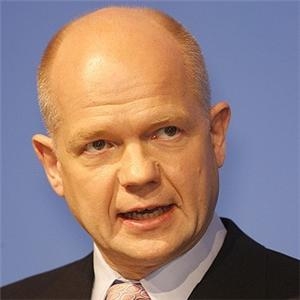 The British government has accused Iranian authorities of blocking a website that Britain had launched to reach out to Iranians. William Hague, British Foreign Secretary, has said that the “UK for Iranians” website which he launched with a personal video message had been blocked three days later by Tehran.

“I condemn this action by the Iranian government. We have no quarrel with the Iranian people and regret that the Iranian authorities fear their own citizens’ interaction and involvement with the outside world,” Hague said in a statement.

Britain has been at the forefront of Western opposition to Iran’s nuclear programme. British leaders have consistently supported tough sanctions against Tehran. On its part, Iran has said that its atomic activities are entirely peaceful.

Iran said that was an over-reaction and accused London of censorship when its state-run English language news channel Press TV was banned from British airwaves.

Britain’s public service broadcaster, the BBC, said on Wednesday it had suffered a sophisticated cyber-attack following a campaign by Iranian authorities against its Persian service.

“Iran’s people have had to endure an ever-tightening stranglehold of censorship,” Hague said.