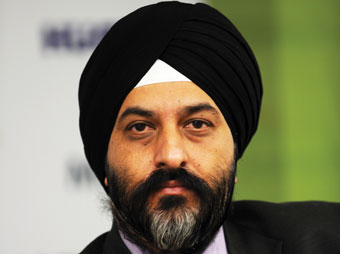 Airtel has played an important role in the implementation of e-Governance by building a diverse network for providing connectivity in voice, data and video When the Industrial Revolution took place, none of us was around, and unless someone  believes in the theory of reincarnation, there is very little contribution that anyone of us  could have made in the process. But faith in reincarnation cannot be blamed on ICT.

The products of ICT have become so widely available that we have developed a tendency to  look at everything, even traditional beliefs, through the prism of ICT. The truth is that all of us are addicts of ICT products.

The revolution in the IT and ICT space cannot be denied. Technology has seeped into our life  with the suddenness or the abruptness of a tsunami. This is not a destructive tsunami; it is a  beneficent tsunami that has brought incredible improvements to the quality of our lives. It was probably in 1987 that I opened a bank account that gave me an ATM card for the first

There is huge resistance from some departments from moving into data-centres, and this is  something that is thwarting the growth of ICT in the country

time. Today everyone has an ATM. Even my driver has one. Day after day we are bombarded by ICT and IT products like computers, laptops, tablets and much else. We are at a stage where  we rarely have to go to banks; we conduct most of our transactions through the online  mode. We can also use the online service to take care of all kinds of utility and other.

ICT is about Connectivity

If there is willingness on part of the  government, then roll out of e-Governance  initiatives can  happen in a timely and judicious manner. The government in Gujarat has been able to take  such initiatives, but many other states in the country have not done so. That is why Gujarat’s  success cannot be replicated in other states.  If the government of India is serious about improving the quality of lives, they have to implement many projects.Many state level data centre projects have already been implemented, but most of the data centres are not yet  operational. The government of India needs to find out why the data centres continue to be  inactive in some states. In many cases, the states have failed to provide the final acceptance test to the data centres. What is it that is preventing the state from providing the final acceptance test?

There is huge resistance from some departments from moving into data centres, and this is  something that is thwarting the growth of ICT in the country. However, lot of progress has  been made on the connectivity front.

Connectivity, whether it is fibre, wireless, GPRS, 3G dongles and VSAT is something that is  already here. In 2012 we expect 4G to be here and that could be the biggest game changer.