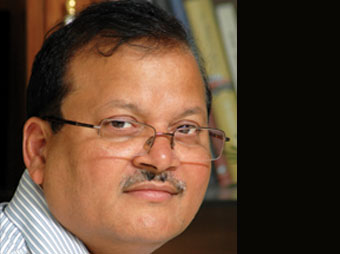 Quality and quickness in delivery of public services are still a major area of concern in many states of the country but states such as Gujarat have succeeded in making the transition. The role of strong leadership in this success cannot be discounted.

There was no dearth of doubters about India in the post-independence period and a number of  prominent analysts predicted our demise. However, we Indians have proved them wrong and  aided by a vibrant democracy, Indians from all walks of life have made vital contribution to national development.

Food security has been a major developmental objective in India since the beginning of  planning. India achieved self-sufficiency in food grains in the 1970s and has sustained it since  then. But the achievement of food grain security at the national level did not percolate down  to households and the level of chronic food insecurity is still high. The food gap can be met  from the existing food grain stocks in the medium term and by increasing their purchasing power in the long run through increasing job opportunities.

India’s economic performance over the last decade has been phenomenal and has surprised the  world. Inching back to more than seven percent GDP growth rate in the backdrop of Eurozone crisis, the country is being recognised as a major player in the new knowledge economy. There is the uneasy apprehension that growth may not yet be inclusive enough. There is consensus about the need for inclusive growth across the political spectrum. Yet, the  champions of inclusive growth need to recognise the necessity of the environment appearing  attractive enough to globally mobile capital for labour-intensive manufacturing.

Today, technology is being used for the benefit of citizens on a large scale. The focus is to automate the backend. Earlier, even though a good amount of efforts were put into system automation, it did not give enough results. Unless the benefits accrue to the citizens, it is not going to help. So, the focus should primarily be for the benefit of citizens only and not for the benefit of a particular department. ICT is a very powerful tool, to use which it is necessary to  follow a disciplined approach. For this, we need to establish certain standards that have to  then be followed across the spectrum. There is large scope for further use of technology for  education and healthcare and for financial inclusion as well. This is the only way to ensure  not only two-digit growth rates but also achieve the long-cherished ideal of inclusive growth.