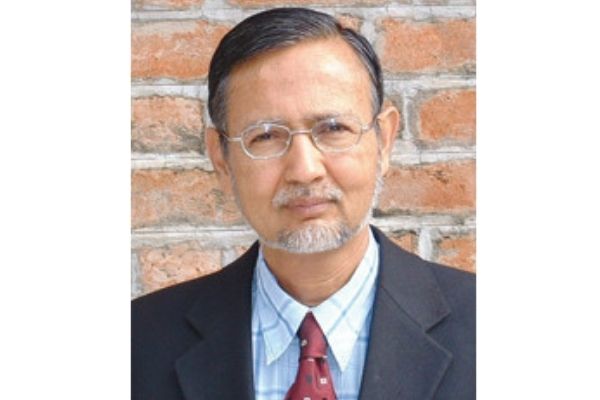 “Given its semi-literate population dispersed geographically into large number of villages, India has adopted a sensible model in which services to the bulk of the population are expected to be delivered through citizen service.”

I feel that there is enthusiasm for implementing e-Governance projects and also an appreciation of the challenges involved. The bureaucracy really needs to step up its efforts to capitalise on this enthusiasm to conceptualise and implement projects.

Governance reforms in the domain of service delivery have been limited. Right to Informatioin (RTI) was a major step forward but IT enabled reforms that could make the service delivery process transparent and convenient for the citizens have been done in a limited way. Technology can expand the reach of services by enabling the people to access services from rural and urban service centers.

However, the real benefits can be delivered only when use of technology is combined with a complete overhaul of the manner in which services are delivered i.e. process reforms are carried out. Only when unnecessary discretion to delay or deny a service is taken away by implementing a workflow system based on a reformed design of the process this can be achieved.

How do you evaluate the move towards adoption of e-Government model in India, as compared to other countries the world over?

Given its semi-literate population dispersed geographically into large number of villages, India has adopted a sensible model in which services to the bulk of the population are expected to be delivered through citizen service centers located in rural and urban areas. As has been shown in many urban projects, private partners are willing to run the centers because revenues from the user fee make the operations economically viable. However in rural areas economic viability is yet to be established. The cost of operating a rural kiosk is double than that of an urban center whereas the population being served is normally a fraction of what an urban center would serve.

We still need to workout an appropriate incentive structure for the private partners to make rural service delivery sustainable in the long run.

Please throw some light on the state and vitality of political executive’s awareness on use of technology in governance?

Awareness of political executives about use of technology in governance is slow but the problem is being addressed. At least a dozen 2-day programmes have been conducted by the National Institute of Smart Governance (NISG) with funding support from the Department of Information Technology (DIT) or cabinet ministers and legislators of different states to create the awareness. During these programmes participants (in many cases even the chief ministers) have listened to presentations on: how citizens and businesses have benefited from some projects; critical success factors in implementing e-Government projects and the role that political executive can play. Participants are taken to service delivery cites of projects like eSeva where they get a first hand feel of the project.

From my personal interactions with many participants, I feel that there is enthusiasm for implementing e-Governance projects and also an appreciation of the challenges involved. The bureaucracy really needs to step up its efforts to capitalise on this enthusiasm to conceptualise and implement projects.

What are the various stages at which information and communcication technology (ICT) projects in government fail? How do you see the role of administration, the bureaucracy, in the project implementation?

There are two kinds of failures. The first type of failure is when there is a slow uptake of services and over a short period the service delivery centers cease to operate. A second failure is where e-Government service delivery does not deliver any benefits to the citizens over the manual system and in some cases worsens the situation. The first kind of failure may result from poor choice of technology or inadequate technology infrastructure (poor communication systems and inadequate bandwidth). Another reason can be lack of electric power in rural areas and poor maintenance of equipment. The second kind of failure occurs when project conceptualisation is weak and necessary process reforms are not carried out.

It is the role of the administrator to conceptualise the project in terms of measurable benefits to be delivered to citizens and necessary process reform to be carried out so that these benefits will accrue. Administrators then need to communicate such a conceptualisation with clarity in the Request for Proposal (RFP) to invite private partners. They need to learn the skills of working with private partners, constantly monitoring their performance and also making sure that private partners also earn a reasonable profit from the endeavor. Careful design of Service Level Agreement (SLA) is the main task that administrators need to perform at this stage. Administrators also need to focus on change management to inculcate a service attitude in government employees.

What are the challenges impeding the implementation of e-Governance projects in India?

Infrastructure in terms of connectivity, access to Internet in rural areas, lack of power are major constraints but these are being addressed. Lack of capacity within government as well as private sector to conceptualise projects is a major constraint, which is yet to be addressed. e-Government is seen as automation of some steps in a delivery process without carrying out the necessary process reforms to remove arbitrariness and enhance transparency. Willingness and capacity to re-engineer delivery processes is the biggest challenge. e-Government projects can perform better in terms of service delivery if individual states share their best practices with other states which can help them overcome implementation challenges.