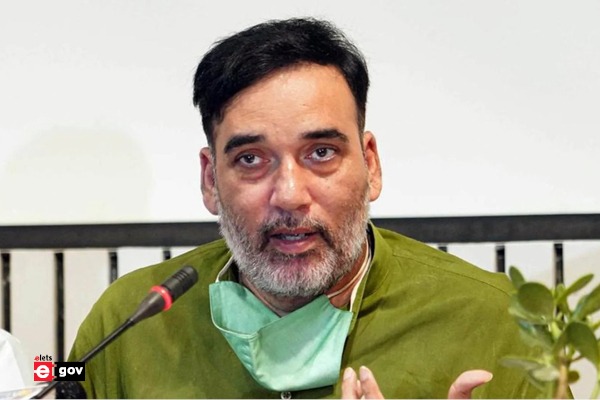 Delhi experienced its best post-festival air quality in five years on Tuesday, according to Environment Minister Gopal Rai, who said that pollution levels were 30% lower on Diwali than they were the year before. His claim is based on the fact that the air quality index (AQI) of Delhi stood at 323 on Tuesday (the day after Diwali) as compared to 462 last year.

Interacting with the media, Rai told reporters on the sidelines of an event where he launched 150 mobile anti-smog guns that he wanted to thank people of Delhi for showing environmental concerns and not bursting crackers on Diwali.

According to the minister, anti-smog cannons will be placed in 40 areas of the capital where air pollution is high. He added that there has been a decline of 30 per cent in pollution level as compared to the previous year. “The AQI of 323 is still worrying and tells us that air pollution will increase in the coming days,” he said.

Patting the back of the sister government of Aam Aadmi Party in Punjab, Rai further claimed that the Punjab government controlled stubble burning in the state without support from the Centre.

“Punjab reported 1,019 incidents of stubble burning on Diwali day (Monday) as compared to 3,032 on Diwali last year. On the other hand, farm fires have increased in Haryana and Uttar Pradesh,” he said.