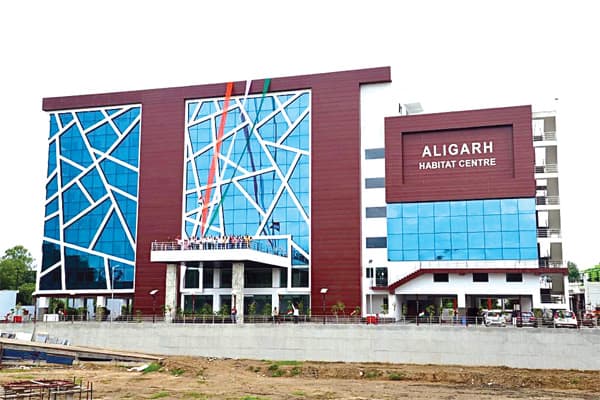 In this fast-paced world, where expectations are touching the seventh sky, and everyone aspires to be up to speed with all the new inventions and technological advancements, we now expect our cities to be smart as well.

A present-day smart citizen not only demands that his individual needs are catered to, but he also wants his city to be up to speed. A city that drives its economic growth and provides quality of life to its citizens by enabling local area development and harnessing technology to produce smart outcomes is what we all deserve.

Smart City Mission is a one-stop solution to all of these issues. Smart City Mission and its objectives encompasses all the above-mentioned expectations as it aims to firstly, promote cities that provide core infrastructure and give a decent quality of life to its citizens including clean and sustainable environment and application of ‘Smart’ solutions. Secondly, the focus is on sustainable and inclusive development and the idea is to look at compact areas. Thirdly, Smart Cities Mission also focuses on creating a replicable model which would act like a lighthouse to other aspiring cities both within and outside the Smart City, catalysing the creation of similar Smart Cities in various regions and parts of the country.

Aligarh fortunately falls under the list of 100 cities that were selected to become a ‘Smart City’.

Since that day, under the able guidance of Gaurang Rathi, CEO, Aligarh Smart City, the city has not seen a single day of having any fallbacks with respect to its development. The dedicated team of Smart City Aligarh works relentlessly to actualise all the objectives laid down by the mission.

The most eye catching among the long list of ventures being undertaken by the Smart City Aligarh, surely stands to be the establishment of a unified Command & Control Centre, to view & access various city parameters. The salient features covered under this project are installation of surveillance cameras, adaptive traffic control system (ATCS), public announcement and emergency calling system (ECS), environment sensors and variable message signboards (VMS) at various junctions around the city. At the outset, this development affects the life of a citizen majorly and hence came into notice with great vigour as now, everyone has to drive according to the traffic guidelines and coexist while following all the rules.

Furthermore, the city was suffering heavily from unorganised sewerage & drainage issue. Sewerage: Collection, transportation and treatment project was indeed a miracle as this project made the networking between drainage, sewerage & rainwater in sync, resulting in smooth inward & outward flow of drains. At the same time addressing the problem of bad odour in the open drains.

Focusing on the sustainability factor, Smart city also worked on meeting the water demands of the city. Due to the reduction in groundwater table, pollution of water, there has been a problem to meet the ever-growing demand for water. The rising demand is due to an increase in consumption which is driven by rise in population and increasing development. To meet the increasing demands of water, supplement groundwater supplies during lean seasons, raising the water table by recharging groundwater, reducing groundwater contamination, reducing flooding and erosion, and avoiding flooding of roads. 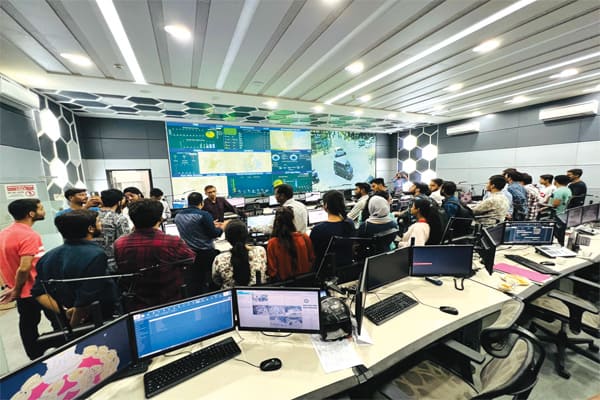 The Smart City Mission also took developmental steps in the field of medical science by installation of Health ATMs around the city hospitals, that focused on reducing the time for medical check-up of the residents of the city without any long queues, and easy appointment.

Through this device, many tests could be conducted with accuracy and less dependence on any staff.

In addition to the many projects that are going on, one that strikes us has to be the flagship project that would be coming to life soon, namely “The Aligarh Habitat Centre” at Lal Diggi Road. This will be a premium convention centre which will work as a hub of creative cultural and commercial activities of the city. The whole building shall include the integrated command and control centre, the auditorium, the dance studio, the rescue base, the electrical room and Smart City Aligarh office situated at the top most floor.

While working towards fulfilling all the essential requirements of the city, the Smart City Mission never forgot to leave a mark of grace around the city, by beautification and making use of dead spaces. The life of a city not only depends on the work that is done on the inside, but the outward beauty also plays a pivotal role in the process. Junction improvement stands to be a unique way of not only spreading awareness but also engaging residents with the development process.

Making use of dead spaces was also a very substantial step towards change. Thandi sadak is a road in Aligarh near Naqvi Park. Earlier, it was a place where stealing and loot were very common. People used to avoid coming in this area, but after the beautification of this road, people are comfortable coming. Not only this, but now, it has become one of the main highlights of the city experiencing a large number of footfall on daily basis. The other highlight would surely be the transformation of Marris Road junction to green corner. Under this project, air purifiers were set up for the purification of air near the area, in order to protect the policemen and shop venders from pollution. Along with this, beautification of wall has been done by making art, putting up artificial grass on the walls and enhancing it with LED lights. The project also made all the electricity wires underground that came till 100 meters of reach, providing space for walking and widening of footpaths. Alongside all these infrastructural developments, Aligarh has also seen many events that were undertaken for spreading awareness and enhancing interaction among residents. A few of them were the Yoga Utsav, the Cyclathon, the Plog Run, the Doublothon etc. The Tulip internship programme, launched by Smart City, was also a great step towards engaging youth and utilising the assets of the city. It is a unique opportunity that was not witnessed ever before.

However, the abovementioned ventures are just tip of the iceberg, there is a lot more to come as Smart City would smartly and slowly unravel many enhanced quality projects.

As we know that all of these developments are being undertaken in the favour of Aligarh’s residents, hence it becomes every resident’s duty to not only support but encourage the team of Smart City Aligarh and provide them with an enabling environment. A trusting hand and belief in the process can surely accelerate the progress and development of the city.