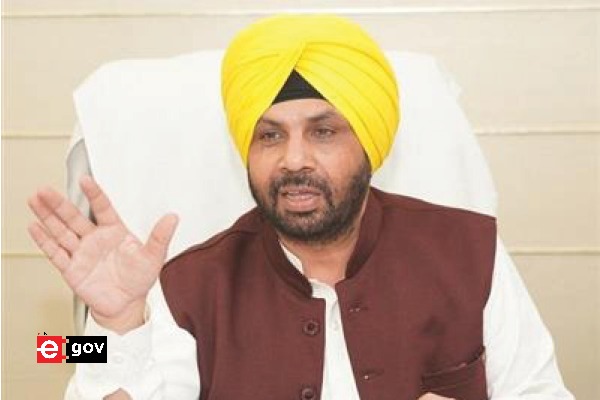 Amid the presence of Food, Civil Supplies, and Consumer Affairs Minister Mr. Lal Chand Kataruchak accompanied by the Agriculture Minister Mr. Kuldeep Singh Dhaliwal, Balbir Singh Pannu on Thursday assumed charge as the Chairman of the Punjab State Civil Supplies Corporation (PUNSUP) at the Sector 34 office of the corporation.

On the occasion, Mr. Kataruchak and Mr. Dhaliwal congratulated the new incumbent and expressed confidence that PUNSUP would scale new heights of glory under his leadership.

Interacting with the Media, Mr. Balbir Singh Pannu thanked the AAP Convenor and Delhi Chief Minister Mr. Arvind Kejriwal and Punjab Chief Minister Mr. Bhagwant Mann for reposing faith in his abilities and assured that he would discharge the responsibility assigned with utmost dedication. He also mentioned that since the department is linked with the welfare of farmers, it would be his priority to undertake each step aimed at their welfare as the farmers form the backbone of the State’s economy.

Apart from this, at the Sector 68 forest complex in Mohali, the Punjab State Forest Development Corporation Limited got a new Chairman when Mr. Rakesh Puri took charge in the presence of the Forests and Wildlife Preservation Minister Mr. Lal Chand Kataruchak. The new Chairman pledged to implement the development-oriented schemes of the department.

Among others present on the occasion included the MD PUNSUP Amrit Kaur Gill and PCCF R.K. Mishra.