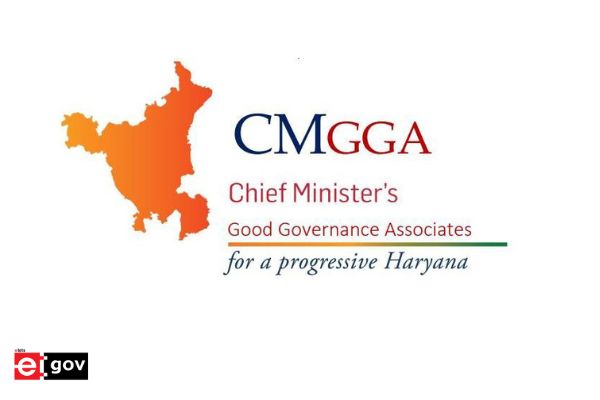 Haryana Chief Minister, Sh. Manohar Lal said that the state government has been running about 50 schemes and programmes through Chief Minister’s Good Governance Associates (CMGGA) for the welfare of deprived classes in the state. These schemes have directly benefited the needy people across the state. Apart from this, these flagship schemes and programmes have been receiving overwhelming response from all corners across the country.

The Chief Minister was addressing a convocation ceremony of the sixth batch of Chief Minister’s Good Governance Associates (CMGGA) Programme in Chandigarh. On the successful completion of the one-year experiential learning programme, Sh. Manohar Lal also awarded Certificate of Completion to the associates and shared his life experiences.

The Chief Minister also released CMGGA’s annual magazine “Durbeen”. Besides this, a booklet based on CMGGA’s research work “An Out Look for Change” and a booklet named “Strengthening Welfare Delivery in Haryana” based on the welfare schemes framed by CMGGA were also released on this occasion.

The Chief Minister said that young associates are performing commendable jobs while cooperating with the state government to successfully implement welfare schemes at the grass root level. He said that implementing schemes like Parivar Pehchan Patra (PPP), Mukhya Mantri Antyodaya Parivar Utthan Yojana (MMAPUY) were not possible without the relentless work of these Associates. For this, CMGGA have worked with zeal and enthusiasm to meet the ground reality in implementing such more schemes in the state. The Chief Minister also extended warm greetings to the young dynamic Associates.

The Chief Minister said that the priority of the state government is to deliver benefits to the deprived classes through PPP scheme and the state government is monitoring to ensure it. Under the Mukhya Mantri Antyodaya Parivar Utthan Yojana, a provision can also be made to provide bank guarantee to the borrowers. He said that Haryana CIBIL score model would be adopted on the lines of banks in the state, in which a system will be prepared to provide credit facilities from banks through CIBIL score.

Haryana Government’s consistent efforts on satisfaction level of the people

The Chief Minister said that to provide quality life to the people of the state, the state government is working consistently to implement the concept of ‘Ease of Living’. This will increase the satisfaction level of the people. He said that CMGGA have given their best on multiple flagship initiatives across agriculture, poverty alleviation, e-governance, education, and service delivery running in the districts across the state where Associates presented a status of milestones achieved.

Project Director, CMGGA, Dr. Amit Agrawal said that the learnings, experiences and contributions gained by CMGGA during the last one year would be valuable assets for their future. He said that the efforts made by young dynamic associates will help in strengthening the welfare distribution in the state. He said that the CMGGA has worked efficiently in improving the administration in areas like service delivery to women safety, health and nutrition, education, sanitation, skill and employment etc which will strengthen the state to make ‘Samarth Haryana’. Dr. Agrawal said that zeal and enthusiasm by CMGGA showed in their one year of tenure with the CMGGA programme is commendable.