As Prime Minister Narendra Modi is all set to inaugurate the Saryu Canal project at Balrampur district on December 11, nearly 50 lakh farmers from the Purvanchal region of Uttar Pradesh will come under the cover of its benefits.

The project is aimed at resolving irrigation issues and tackling the endemic problem of floods in certain districts of Purvanchal. For the last 4 and a half decades, it was unfinished but the present state government, with complete support from the centre, ensured that the project not only commences again but is also completed in time.

The project will enable farmers to have two crops instead of one as water resources will be available in abundance, while overcoming the problem of floods. There will be a fair crop bonus for farmers in areas with two crops. The farmland of the entire region will be rejuvenated with the commissioning of the project. The income of farmers will witness an exponential increase due to an increase in the irrigated farmland and a rise in the production of rabi and Kharif crops in the Purvanchal region.

Saryu canal was one of the ₹ 500 crore projects, which were reviewed by CM Yogi in October 2018. The Chief Minister directed the officers to review the progress of the work every week. On June 3, during a meeting held under the chairmanship of Chief Secretary RK Tiwari, there was a discussion on the Saryu canal. 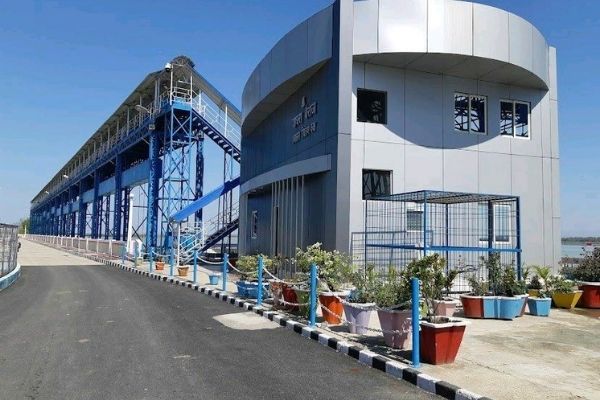 The project will facilitate irrigation of about 15 lakh (14.04 lakh) hectares of arable land while offering a permanent solution to the problem of floods in certain areas of Purvanchal by linking main and tributary canals to the barrages built on rivers Ghaghra, Saryu, Rapti, Banganga and Rohin. The barrages are called Girija, Saryu, Rapti, and Wanganga.

It is worth mentioning here that initially when the project was launched in 1978 to expand irrigation capacity in Bahraich and Gonda districts, it was called Ghaghra Canal. However, in 1982-83, the scope of the project was expanded with the inclusion of nine districts of the trans Ghaghra-Rapti-Rohini region of Purvanchal and it was renamed the Saryu Project. It was decided that along with Ghaghra, Rapti, Rohin would also be connected with the canal system. However, the project got national status in 2012 when considering the importance and utility of the project, the Centre declared it a national project and renamed it Saryu Canal National Project.

The project boasts of a canal network with a total length of 6590 km covering Saryu Main Canal, Rapti Main Canal and Gola Pump Canal, Dumariaganj Pump Canal, Ayodhya Pump Canal and Utraula Pump Canal. The Saryu Canal Project is also connected to the Irrigation Department’s national project as well as the ambitious River Valley Linking Project of the Government of India. The project will see the linking of Ghaghra, Saryu, Rapti, Banganga and Rohin rivers in future, solving the annual problem of floods facing the nine districts to a great extent.