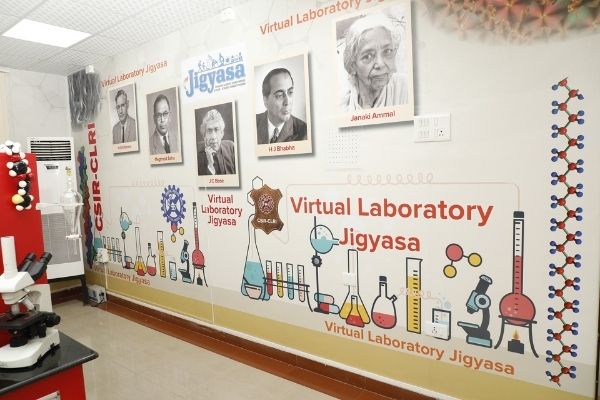 As benchmark development, India’s first virtual science lab for children was launched on Monday, November 23. The lab was developed under the CSIR Jigyasa programme that will open doors for the students to connect with scientists across the country.

Addressing the move, Union Minister of State for Science and Technology Dr Jitendra Singh said that the virtual science lab is a new beginning for students. It is in line with the New Education Policy (NEP) where the concept of streams has been disbanded and students have been given the freedom to choose any subject. Also, the virtual lab will enable all the students across the country even those in remote areas to access education.

According to a release issued by the Ministry, Dr Singh said that the students from government schools, Navodaya Vidyalayas and Kendriya Vidyalayas will immensely benefit from the move.

In the previous year, Prime Minister Narendra Modi had participated in a CSIR Society meeting wherein he emphasised the significance of the CSIR Jigyasa programme that allows students to connect with scientists across the country. He also stressed the idea of having virtual labs. Later, CSIR partnered with IIT Bombay to develop a virtual lab under CSIR Jigyasa programme which facilitates classroom learning with laboratory results for school students, the Minister informed.

Apart from providing quality research exposure and facilitating digital pedagogical methods, the virtual labs would provide a virtual tour of CSIR laboratories and expose the students to research infrastructure which would have been difficult otherwise. The platform will also open opportunities for students to seek inputs from the scientists.

As per the release, some of the key features of the virtual lab include – open-source platform, availability of content in regional languages, up-gradation of knowledge both for the students and the teachers, project-based support, input from scientists, videos and animations for demonstrations, simulation experiments, developing the scientific mindset, specialised webinars, creating entrepreneurship-based temperament, student-expert forums, student to student forums, technical assistance, and more.