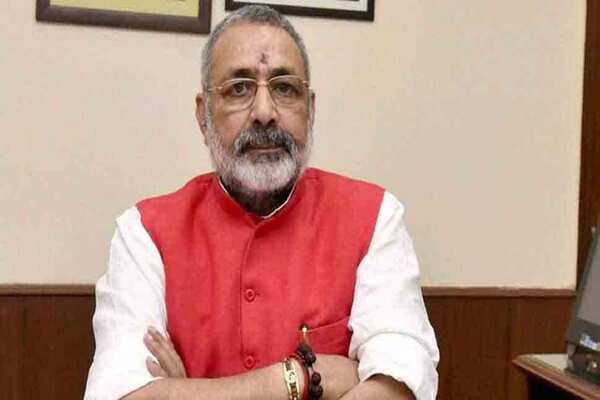 In another developmental move, Union Minister for Panchayati Raj and Rural Development Giriraj Singh launched the dashboard for monitoring the implementation of SVAMITVA scheme on September 14. The Minister launched the dashboard while inaugurating a national meet on SVAMITVA Scheme: A Stepping-Stone Towards Upliftment of Rural Economy in New Delhi. The dashboard can be accessed on https://svamitva.nic.in/

The scheme aims to provide an integrated property validation solution for rural India. Through this, citizens can leverage property as a financial asset with accurate land records for rural planning. Also, the scheme will aid in the determination of property tax; creation of survey infrastructure and GIS map that can further be leveraged by the government departments for their use and reduce property disputes and legal cases.

Addressing the meet, Singh called upon the states to complete the implementation of the SVAMITVA scheme within the stipulated deadline in 2024. He asked the state authorities to consider meeting the deadline as a challenge and promised all necessary support from the Centre for the early completion of the target.

Calling the SVAMITVA scheme a crucial step towards making villages self-reliant, the Minister said it is the Prime Minister’s vision to leverage technology and data to improve rural sects of the country. The implementation of technology solutions and data management will bring transparency to rural India. In addition, Singh also asked the state authorities to enhance the role of Panchayats in the implementation of the scheme.

Speaking about the importance of the SVAMITVA scheme, the Minister said that SVAMITVA will provide a sense of ownership to the rural people and they can avail the loan with the help of an SVAMITVA card. Presenting the achievements under the scheme, Singh said that the SVAMITVA scheme will play a vital role in making Aatma Nirbhar Rural India.

On the use of technology, Singh stressed the need for judicious use of drones. Drones can play an instrumental role in achieving the outcomes of the scheme. He asked the authorities to assign at least five villages per drone team in a day. Also, the Minister asked the states to comply with the timeline of 15 days to provide feature extracted maps for ground-truthing and the timeline of 30 days to submit ground-truthed maps to the Survey of India.

Addressing the adherence to timelines, the Union Minister of State for Panchayati Raj Kapil Moreshwar Patil said the work should be complete within the given deadlines. It PM’s “sankalp” to make rural India self-reliant and we have to contribute to achieving it, he added.

Adding to the upsides of the SVAMITVA scheme, the Union Minister of State for Rural Development Sadhvi Niranjan Jyoti said that the SVAMITVA scheme will play a major role in reducing rural to urban migration. While the other Union Minister of State for Rural Development Faggan Singh Kulaste said that the scheme will prove to be important in connecting the deprived people with the mainstream of society.

During the meet, the state authorities were encouraged to implement the SVAMITVA scheme in a mission mode and utilise drones judiciously to complete drone surveys on time.