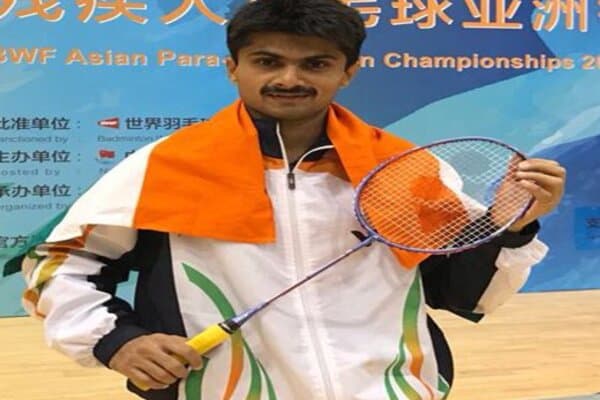 District Magistrate of Noida Suhas LY is a part of the Indian contingent participating in the Tokyo Paralympics from August 24 to September 5. Suhas LY, a 2007-Batch IAS officer, is the only state administrator from India to qualify for the Tokyo games.

Before travelling to Tokyo, Suhas met Prime Minister Narendra Modi along with other players participating in the event. He is also the world’s number three para-badminton player. Badminton World Federation (BWF) has selected Suhas and three other players to represent India in Tokyo.

In the 12-day Tokyo Paralympics, India will commence its campaign from August 27. As many as 54 para-athletes will be representing India in seven sporting events, including badminton.

On his meet with PM Modi, Suhas said that the PM has asked all the athletes to stay focussed and calm. Also, he asked the athlete not to take any pressure and give the best they can.

Suhas, a 37-year old IAS officer, hails from Karnataka and is an officer of the Uttar Pradesh (UP) cadre. He was appointed as the DM of Noida in March 2020 when the number of COVID patients surged.

As reported by Economic Times, Suhas said, “I am going with an open mind and will try to give my best performance without thinking about the results. It is an honour itself to represent your country in the highest sports arena of the world. It is a privilege and opportunity that very few get and I hope I will be able to make the country proud.”

Previously, Suhas has been a part of prestigious international tournaments before as well including the Brazil Open in January 2019 and the Peru Open in February 2019. He bagged gold at both events.