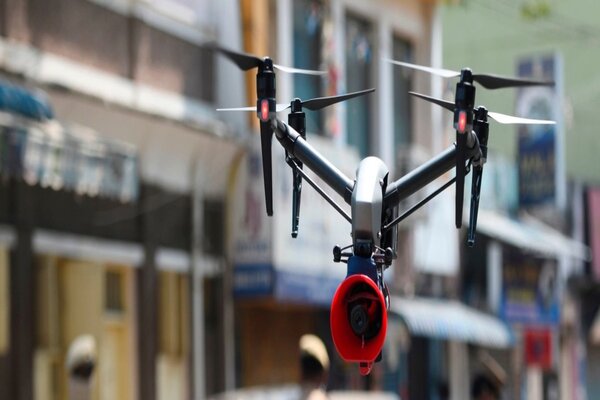 On a conditional basis, the Union Ministry of Civil Aviation (MoCA) and Directorate General of Civil Aviation (DGCA) have agreed to exempt two state governments including Karnataka and Gangtok Smart City from Unmanned Aircraft System (UAS) Rules 2021 to carry out technology-based government projects.

The Centre has granted permission for one year to the Government of Karnataka for drone-based aerial surveys for creating urban property ownership records in Bengaluru. Meanwhile, to efficiently carry out smart city projects, the Centre has nodded to permit drone-based survey by the Gangtok Smart City.

In a notification issued by MoCA, the permit will be in effect from the date of approval or until further orders. Also, it will be subject to the terms and conditions of the SOP from the DGCA.

Eight more organisations including National Health, Mission, have been granted exemption from the UAS Rules 2021. The National Health Mission, Mumbai seeked exemption to conduct experimental BVLOS drone flights to deliver medicines and healthcare items in tribal areas of Jawhar in the Palghar, Maharashtra.

Also, exemptions have been granted for research and development purposes to Mahindra & Mahindra for drone-based agricultural trials and precision spraying on paddy in Telangana and hot pepper crop in Andhra Pradesh respectively; Bayer Crop Science for agriculture research activities through drones and for drone-based agricultural spraying; and for holding atmospheric research by Indian Institute of Tropical Meteorology, Pune. The research will be carried out at Osmanabad airport, Karad airport, IITM Bhopal, NDA Pune, and Mohammed Airfield.