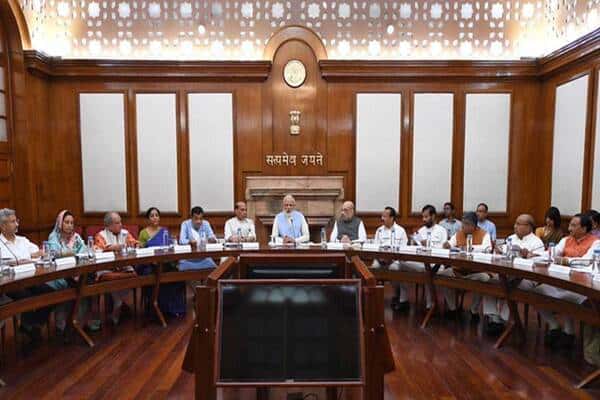 Since the beginning of the second term of the Prime Minister Narendra Modi-led Government of India, it is the first major Cabinet reshuffle that the PM will announce at 6:00 pm today, on July 7. As per the sources, the new Cabinet will be the “youngest-ever” with more representation from women, OBCs, SCs and STs.

The sources added that the council will witness a record representation of SCs and about 24 ministers belonging to the OBC will join the cabinet. Moreover, the Centre will give special representation to those people who have prior administrative experience, either in the state or Centre.

Further, as per government sources, the revamped cabinet will witness the joining of ministers with a higher educational qualification including “PhDs, MBAs, post-graduates and professionals”. The Union Cabinet can have 81 members, however, presently there are only 52 ministers which means 29 more ministers can be added.

As per the sources, some probable names that might join the Union cabinet includes Jyotiraditya Scindia, Sarbananda Sonowal, Narayan Rane, Varun Gandhi and Pashupati Paras. Others including Dinesh Trivedi, Jitin Prasada, Anupriya Patel, Pankaj Chowdhury, Rita Bahuguna Joshi, Ramshankar Katheria, Lallan Singh and Rahul Kaswan, may find their names among those in the revamped cabinet.

A day ahead of this move, the President of India Ram Nath Kovind issued orders and reshuffled Governors in eight states across the country.