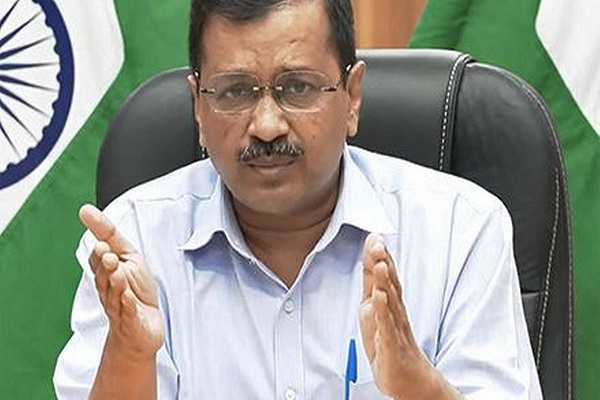 As the COVID-19 infection is spreading rapidly in the national capital claiming many lives, the Chief Minister of Delhi Arvind Kejriwal today announced Weekend Curfew as a move to limit social interaction of people to control the rate of infections. Alongside, the CM also imposed curbs including the temporary shutting of all restaurants allowing only home deliveries, malls, gyms, spas and auditoriums. Also, cinema halls are allowed to operate at 50 to 30 per cent capacity.

CM Kejriwal announced the impositions during a press conference today, on April 15. As per the announcements, the weekend curfew will be in effect from the coming Sunday, April 18. All the shops excluding those selling essential commodities such as medicines and groceries will be shut. Similarly, all the restaurants are restricted to open dine-in services as only home delivery has been given the green signal to operate until further orders. Those who have their weddings lined up have to first procure a curfew pass from police authorities before organising any functions. Also, the count of attendants has been capped. Public places like malls, gyms, spas and auditoriums will remain shut on all days until further orders.

On Wednesday, April 14, the national capital reported 17,282 fresh cases, the highest single-day spike seen so far in Delhi. Also, the count of people who succumbed to the COVID infection rose to 104 on the day alone.

Informing the people about the status of hospitals and healthcare facilities in Delhi, the CM said, “Even now we have at least 5,000 beds vacant in Delhi for COVID treatment. However, I request people not to be choosy about hospitals in this time of crisis as that will increase problems for the authorities to manage this crisis.”

As per sources, Lieutenant Governor of Delhi, Anil Baijal, has suggested that weekly markets should be shifted to open playgrounds in schools to ensure social distancing and compliance with COVID norms. Also, the weekly markets will be allowed on a rotational basis that is only one market in a day in a zone.