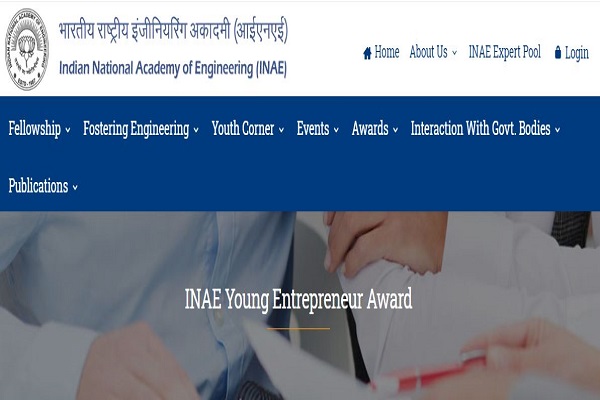 Indian National Academy of Engineering (INAE), Gurgaon, an autonomous institute of the Department of Science & Technology (DST), has invited nominations for INAE Young Entrepreneur Awards 2020. The awards would carry a citation and a cash prize of Rs 2 lakh to the selected individual candidate or shared by the group of individuals not exceeding three persons.

The award presented to up to two candidates in a year has been instituted to encourage and recognize innovation and entrepreneurship among young engineers. Engineering innovations and concepts that have been actually realized and implemented in the industry either in new processes or products are preferred, and Indian citizens not older than 45 years as on January 1, 2020 are eligible for consideration.

Both innovation and entrepreneurship together would be considered important and young innovators from academia/research organization or industry whose novel engineering/technology ideas have been translated into successful start-up enterprises would be given preference.

The nominations have been launched at INAE website, and the last date of receipt of nominations is June 30, 2020.