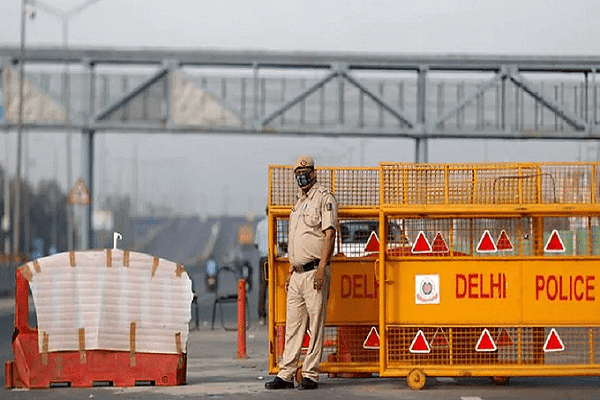 The District Administration of Ghaziabad restricted movement at the Delhi border from today. The directions came in following six new cases which were reported in Ghaziabad on April 20. The authority is taking stricter measures and except for emergency and essential services, no movement is allowed at the border. Also, passes for anyone not involved in essential service or medical emergency stand suspended.

The civic body is of the view that the restriction of inter-state transport is a precautionary measure as it can further cause a spike in the daily number of cases. The administration traced the fresh cases to Delhi as the possible source of origin.

Ajay Shankar Pandey, District Magistrate, Ghaziabad, said, “The six persons who tested positive on Monday, April 20, had travelled to Delhi. It is submitted by the CMO that people travelling between Ghaziabad and Delhi have the possibility of either being infected or infecting others. Keeping this in mind, we are banning all travels between Delhi and Ghaziabad unless it is emergency/essential services.”

Clearing on the exemptions, the official said, ambulances and hospital vehicles will be allowed with those who have a medical emergency. Also, vehicles belonging to administration, sanitation, the medical department will be exempted, an official added. Persons working or involved in the supply of essential services are also allowed to cross the border.

Ghaziabad administration had earlier extended the lockdowns till May 3 without easing restrictions and barring functioning of any new industry or service except those involved in emergency services.