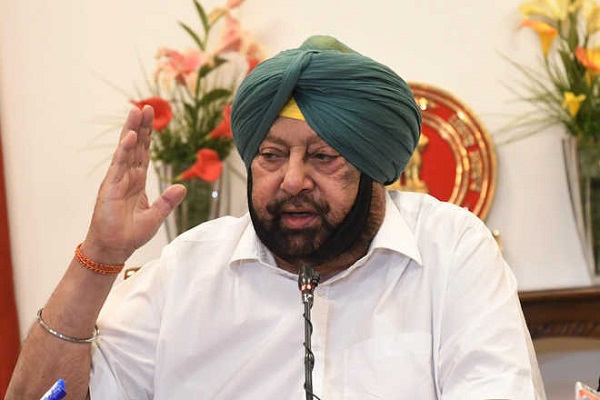 Captain Amarinder Singh, Chief Minister of Punjab announced the extension of the lockdown 2.0 for an additional two-week period till May 17, on April 29. Following the CM’s announcement, Punjab became the first Indian state to further extended the lockdown. However, restrictions will be relaxed during this third phase of lockdown. As per the CM,  a relaxation for four hours daily, from 7 am to 11 am, will be allowed in non-containment zones with effect from April 30, today. The shops and industries in the non-containment zones will also be allowed to operate.

In his address, on April 29, about the extension of the lockdown in the State of Punjab, Singh said that the future course of actions will be decided after looking at the situation during the two weeks of extended lockdown. “Social distancing is the key solution. If it is under control after two weeks, we will make the decision accordingly”, Singh added.

In Punjab, four districts namely Patiala, Jalandhar, Ludhiana and Mohali have been declared hotspots. However, the containment zones in the state are Jawaharpur in Mohali, Pathlawa village in Nawanshahar, Sujanpur in Pathankot, New Jain Market in Rajpura, and Kacha Patiala, Safabadi Gate in Patiala.

The Punjab Government also issued a set of guidelines for the reopening of economic activity in the non-containment zones. As per the guidelines, standalone shops, neighbourhood shops and shops in residential areas will be allowed to resume functions, from 7 am to 11 am. However, shopping malls, shopping complexes and the shops in markets will not be allowed to resume. The shops which are exempted from the lockdown will be functioning with 50 percent staff for four hours a day.

Also Read: The Nationwide lockdown: a bane and a boon

Punjab government also allowed the industries in Special Economic Zones (SEZs), Export Oriented Units (EOUs), industrial estates, industrial townships and rural areas to reopen. However, the arrangement of transport for workers, medical insurance, tie-up with hospitals, disinfection of the premises, thermal screening of employees etc. will be taken care of by the employers. The government also allowed the workers movement on foot or on cycles.