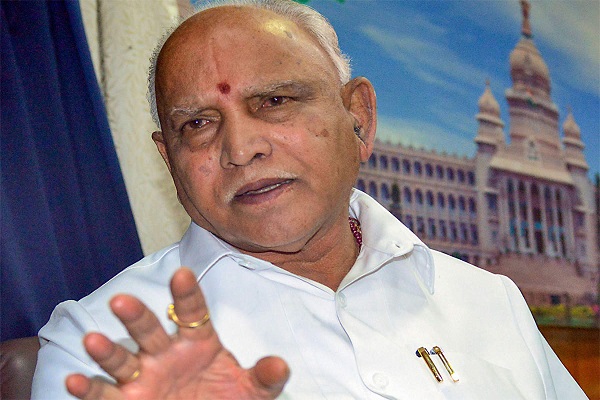 BS Yediyurappa, Chief Minister of Karnataka lifting the ban on inter-district or inter-city movement allowed a final window till midnight to the people who want to travel back to their home towns. The directions from the CM came hours before Prime Minister Narendra Modi announced a nationwide lockdown.

The CM’s order to allow the movement led to a sudden rush of people trying to return to their home towns. The situation of chaos among the people completely contradicted the idea of social distancing to prevent further spread of coronavirus for which the lockdown was announced.

The move came as a surprise as earlier in the day, the CM ordered the police officials to strictly enforce a ‘curfew-like situation’. Also, the CM had inaugurated the ‘war room’ for monitoring the coronavirus situation.

Yediyurappa justified his move saying that the Centre has locked down the nation completely from Wednesday and many people willing to travel back to their hometowns were stuck in traffic jams on the highway, therefore, the police were directed to let the people pass through. Also, the CM said that the move will enable people to celebrate Ugadi at their homes with their families.

The decision to let people pass through the city borders were taken as several thousand people were stuck at various toll booths across the State, and that it would have caused other problems, informed sources from the CM office. “This was a one-time decision taken to enable people to reach their destinations. They cannot, however, return or take to the road from Wednesday morning when the total shutdown will be in place,” said a source.

The CM, post the PM’s announcement of lockdown, said, “I fully assure the people that our government will take care of people during this hour of crisis. At this juncture, I warn hoarders and blackmailers not to exploit the situation and the predicament of the people, particularly the poor.”