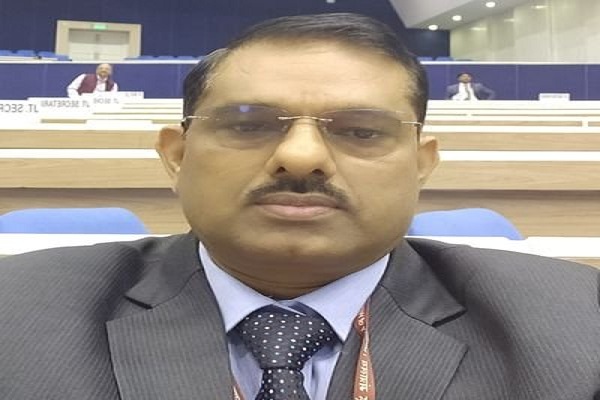 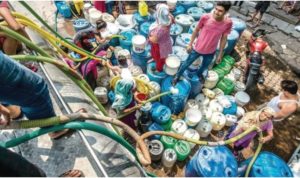 In the past few decades, rivers in India are depleting drastically due to various factors like over-extraction, deforestation, pollution from point to non-point sources, and climate variation. Major rivers are rapidly shrinking, not even reaching the oceans for many months of the year. Also due to encroachment of water bodies in both rural and urban areas we are facing problems like depleting groundwater, flash floods, water scarcity, and heavy migration from water scarce places, says Avinash Mishra, Advisor (WR & LR), NITI Aayog, in an exclusive interview with Nisha Samant and Sreetama Datta of Elets News Network (ENN).

What is the present scenario of the groundwater depletion in India? Which states are under the maximum threat of ground water depletion?

Groundwater is widely dispersed but an important source of water for agriculture, industries and domestic uses. It has huge contribution in directing our country towards the path of self-sufficiency in food grain production. Trends suggest that due to population pressure, expansion of agriculture and industries in the coming years, groundwater utilisation is likely to increase manifold. Presently, the annual replenishable groundwater resource in India is 432 BCM. The Total Annual Ground Water Extraction of the entire country for the year 2017 has been estimated as 248.69 BCM. The overall stage of ground water development in the country is 63 percent. The stage of ground water Extraction is very high in the states of Delhi, Haryana, Punjab and Rajasthan, where it is more than 100 percent, which implies that in these states the annual ground water extraction is more than annual replenishment through rainfall. In the states of Himachal Pradesh, Tamil Nadu, Uttar Pradesh and UTs of Chandigarh and Puducherry, the stage of ground water Extraction is between 70-100 percent. In rest of the states / UTs the stage of ground water development is below 70 percent. 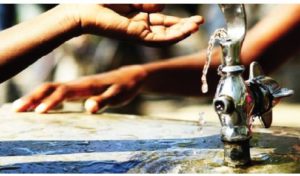 Apart from the domestic usage, which are the other areas or industry sectors which require major water usage? What is your suggestion in terms of judicious water usage in industries and agriculture?

Agriculture is the largest user of freshwater in India- about 89 percent of the total withdrawals leaving little water to meet the growing demands of other sectors like two percent of Industries and nine percent for domestic and ecology. In case of Industries, the water intensive industries which are worst affected by water shortage are Food & Beverages, Textile and Paper & Paper Products. India has water use efficiency of 1.9$/m3 which is 0.3$/m3 for agriculture and 29.3$/ m3 for industries. In other words the water use efficiency in India is just 38 percent in contrasts to other developed countries having irrigation water use efficiency of about 50 percent to 60 percent. This calls for the measures to increase water use efficiencies in all the sector of country. Agriculture sector should go for Micro-irrigation, use of waste water and other water saving techniques like agro climatic cropping and crop diversification, whereas industries should look into the possibilities of Zero water discharge and recycle and reuse of the waste water in the industry itself. Apart from this, Industries can undertake the following:

According to a recent report of NITI Aayog, the requirement of water would increase manifold by 2030. How should we, (all stakeholders, including Government, industry and citizens) prepare for the situation within this decade? 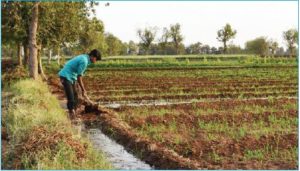 Due to increasing population in the country, per capita annual availability of water which was 1,816 cubic meter in 2001, got reduced to 1,544 cubic meter in 2011 which will reduce to 1,140 cubic meter in the year 2050. Any situation of availability of water less than 1,000 cubic meter per capita is considered by international agencies as scarcity conditions. By 2030, the country’s water demand is projected to be twice the available supply, implying severe water scarcity for hundreds of millions of people and about six percent loss in the country’s GDP. In this case, every stakeholder has to work up to prepare for this situation. Some of the interventions for industries are explained above and other interventions which can be taken up are:

What are some of the schemes and policies being drafted by NITI Aayog to ensure better water management in every level and by every stakeholder?

The management of water being the major issue in the country, we have initiated a yearly exercise and prepared Composite Water Management Index which is to instill the spirit of competitive and cooperative federalism among the states. This is perhaps first of its kind exercise in the world in which we have collected data on 28 key indicators for water across the states of the country and ranked them according to their efforts in water management. Along with this we have also launched a Compendium of Best Practices in Water Sector so that states can learn about the prevailing best practices and adopt them according to their topography. In order to accelerate the pace of Micro irrigation development in the country, NITI Aayog has assisted in the development of Hybrid Annuity model with Public-Private-Partnership (PPP) to provide water to every field. It has been circulated to all states for replication and adoption as per the local needs. NITI Aayog has also developed an action plan to revitalise the rivers in India. The Action Plan envisages the methodologies of Revitalisation of Rivers in India, various measures to be taken, convergence of various on-going schemes under the various central Ministries. We have also prepared a strategy paper on the flood management in India which includes the recommendations for better management in India. NITI Aayog is also in process of framing the strategy for flood management for next three years in India. Along with this we are also working for cleaning of river Yamuna and we are in process of framing an integrated hybrid annuity model for solid and liquid waste management in India.

Along with water scarcity, water pollution is another major challenge. What is your advice to curb the same? 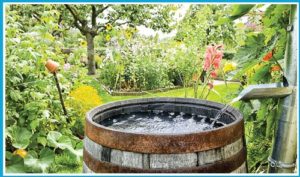 Water pollution is a serious problem In India as almost 70 percent of its surface water resources and a growing number of groundwater aquifers are contaminated with biological, organic, inorganic and toxic pollutants. As per the recent assessment by the Central Pollution Control Board of India (CPCB, 2018), there are 351 polluted river stretches in the country (up from 302 in 2015) with 45 of them critically polluted. The estimated polluted riverine length in India is 12,363 km, about five times the length of the Ganga main stem. Estimates show that out of all the freshwater that is withdrawn, only 44 percent is actually consumed and remaining 56 percent with highly deteriorated quality is released to the environment as urban waste water, industrial effluents and agricultural drainage. More than 38,000 million liters of urban wastewater goes into major rivers, water bodies and even percolates into the underground every day. Over and above there are massive industrial effluents and the raw sewage from rural areas, and polluted waters from agricultural fields and livestock rearing, which is generally much larger as compared to domestic and industrial effluents – no estimates are available for these sources of pollution. Rapid urbanisation, industrialisation, and intensification of agriculture through higher use of inorganic fertilizers and pesticides and with only limited infrastructure and capacity for water treatment (presently only 37 percent of total wastewater is treated) will further increase the degradation of the resource. The conditions shall become extremely challenging if adequate measures are not put in place as per the existing global standards and the polluting outputs from agriculture are reused and recycled through a circular agricultural economy.The biochemical oxygen demand (BOD) which should be around 5 ppm is nowadays 10 ppm or more in certain stretches of rivers and thus, marking the water in these stretches below the bathing standards. We need to be seriously concerned and the sewage which is directly flowing into the rivers should be avoided. We have to increase the number of sewage treatment plants and have to work on the integrated solid and liquid waste management in the country There are many industrial units which are directly discharging the industrial wastes into the drains which are joining the river system. All the industries should be asked to implement Zero Discharge policies and if not they should be fined appropriately. India is land where rivers are worshipped and addressed as mother. Therefore, there is high need of maintaining the purity according to these standards.

What is the role of river and other water bodies’ rejuvenation?

In the past few decades, rivers in India are depleting drastically due to various factors like over-extraction, deforestation, pollution from point to non-point sources, and climate variation. Major rivers are rapidly shrinking, not even reaching the oceans for many months of the year. Also due to encroachment of water bodies in both rural and urban areas we are facing problems like depleting groundwater, flash floods, water scarcity, and heavy migration from water scarce places. This also indirectly harms the health of the people and result in water borne diseases. Therefore, it is very necessary to rejuvenate our water bodies. In view of changing climatic conditions and rainfall patterns, it is necessary to create the storage capacity in our country and by storage capacity we don’t mean only dams but also the rejuvenation of our traditional water bodies and rivers. These ponds and lakes are the wet lands which absorb the extra flow of flood and minimise the impact of floods on habitations. Also during the drought situation they act as the buffer stock of water for the thirsty earth.

What is your message for the readers of eGov magazine?

Water management is not the only the responsibility of central or state governments. This responsibility trickles down to every individual of the country. Behaviour of an individual makes a lot of difference. If I am washing my clothes then the same wastewater should be used somewhere in the washroom, while brushing teeth, taps should not be kept open. Similarly, we should make sure that not even a single drop of water should be wasted. While using the washroom, we should make use of the two-flush system and sensitise others towards its usage. As in coming future, water availability is going to be our biggest concern. We should try to conserve each and every drop of water fall on the earth. The rainwater harvesting should be introduced as the compulsory norm in new constructions tank, pond like small water body should be constructed in each and every garden, every corner of the city and wherever it is possible.