“People want to reside in cities which are sustainable, eco friendly and preserve resources not only for the present but also for the future. This also provides ease of living and economic growth. These are the things which we have started to measure now through our outcome,” says Kunal Kumar, Joint Secretary, Ministry of Housing and Urban Affairs and Mission Director, Smart Cities Mission in an exclusive interview with Arpit Gupta and Gopi Krishna Arora of Elets News Network.

There has been tremendous growth in smart cities in the past few years. How do you see this growth and what are the key takeaways from this APEX Conference?

The growth has taken place in the past one-and-a-half-years. There is a four times increase in development works that have been started. A number of best practices sharing sessions are taking place in the cities. They are taking up projects which are not done in our cities earlier such as integrated projects like command centres, smart roads, mobility projects, use of technology etc., which are done for the first time. Hence, the growth is both in terms of quality as well as in the number of projects. These numbers are growing and besides that, the ministries are moving towards measuring the outcomes through parameters like ease of living, municipal performance index, climate smart cities index etc. People want to reside in cities which are sustainable, eco friendly and preserve resources not only for the present but also for the future. This also provides ease of living and economic growth. These are the things which we have started to measure now through our outcome. Ultimately cities work for the people. The journey is evolving into more qualitative and more mature ways of looking at what people want. 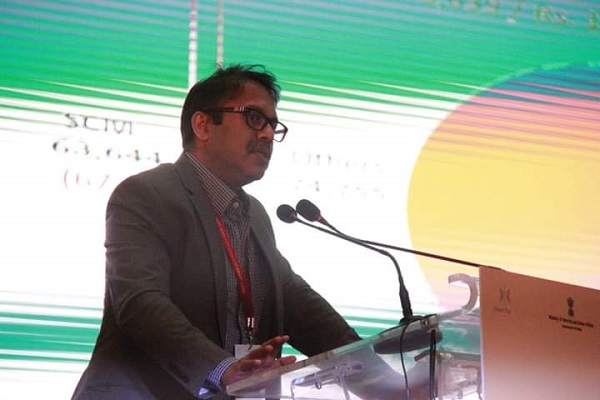 A lot of emphasis has been given to the non-IT projects. Initially, it was ICCC and ITMS projects but now water projects, solar bar projects are also coming into the picture. What message you would like to give to other cities?

If you see the overall investment, its roughly 12 percent investment in the IT sector and 88 to 85 percent is in the non-IT sector.  Since IT is not that expensive, it is the layer which magnifies the power of physical infrastructure. It is wrong to think physical infrastructure and IT infrastructure separately. If you have to build a new road, IT and data can tell you whether you need to build it or not. IT has the ability to save money in this way. IT also informs you about the traffic movements which enables the civic authorities to implement efficient traffic management. However, 85 to 88 percent non-IT and 12 to 15 percent of IT investment would be appropriate to help urban development or smart city projects.

There were lots of issues raised by CEOs and commissioners, some asked about the GST and some wanted more liberty to be given to them, while some asked for common SPV. What is your message and suggestions for them?

We are going to form a small group to work on the suggestions that have come. The Income Tax and the GST issue have been sent to the Ministry of Finance and we are working on that. Each issue has been taken care of with utmost sincerity and the idea was to understand the problems on the ground with a sole focus of increasing incrementation. We would ensure that we make the right decisions from the point that has been raised so that life become easier when the implementation is done.

Also Read: Corona: What have you done to our economy and society?