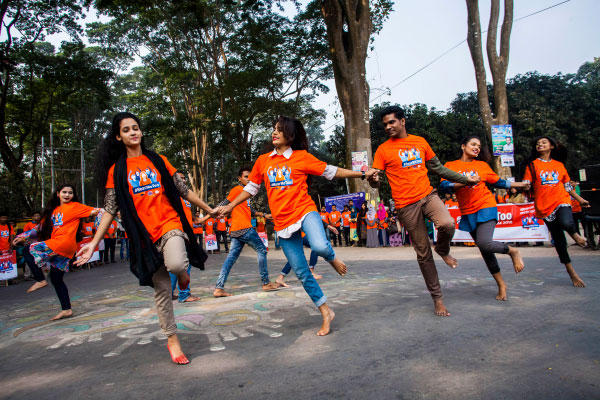 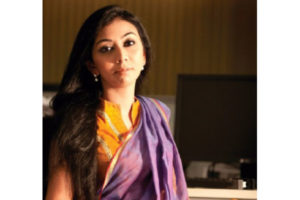 Syeda Samara Mortada is a Communications Analyst at UN Women, also known as the United Nations Entity for Gender Equality and the Empowerment of Women. She completed a master’s degree in women’s studies from University of York, UK, and a bachelor’s degree in English from East, West University, Dhaka.

Bangladesh has broken the glass ceiling in many aspects and has become a role model to ensure women’s empowerment and participation, and has created a mark of its own in terms of progress made in the sectors of entrepreneurship, education and health of women, in comparison to yester years.

In a report by Financial Express, a Bangladeshi national newspaper, during the period of 1996-2017, female labour force participation in Bangladesh increased from 15.8 to 36.3 percent. Bangladesh has secured the 47th position among 144 countries in 2018in the Global Gender Gap Index and is at the top amongst all South-Asian countries. The index, prepared by the World Economic Forum, measures education, economic participation, health, and political empowerment in order to define a country’s gender parity. Acknowledging the feat attained by Bangladesh, Political Scientist Dr Rounaq Jahan said: “Bangladesh has made consistent policy and programme interventions from the 1970s onwards to improve women’s condition and reduce gender inequality”.

In the primary and secondary education category, Bangladesh has topped the Gender Gap Index. Participation of girls in primary schools has increased and reached near parity as their overall enrollment rose from 57% in 2008 to 95.4% in 2017, and to continue the efforts to this end, the government has extended its stipend programme for female students, and undertaken initiatives to make school facilities women-friendly.

Maternal mortality ratio has also decreased from 242 in 2010 to 176 in 2016 with an average annual reduction of 4.7 percent. Over 80 percent service takers in over 16,000 community clinics nationwide, a signature project of the Prime Minister, are women and children. Additionally, the government has set up 13,000 maternity centres, 30,000 satellite clinics for child and maternal healthcare and 150,000 women are receiving healthcare support under the Maternal Health Voucher Scheme, among other more general healthcare.

Bangladesh has broken the glass ceiling in many aspects and has become a role model to ensure women’s empowerment and participation, and has created a mark of its own in terms of progress made in the sectors of entrepreneurship, education and health of women, in comparison to yester years. From sports, to politics, we have female leaders who have created a space like never before. Staring from Salma Khatun, the captain of the Bangladesh women’s cricket team, to mountaineer Wasfia Nasreen, the first Bangladeshi to complete the seven summits, to Shirin Sharmin Chaudhury, the current and the first female Speaker of the Bangladeshi Parliament, there are many names to boast.

However, this was not an easy journey for most of these women given the patriarchal mindset and traditions that each of them had to break in their own ways, which is one of the key works that UN Women partakes in. But none of this would have been possible without the foresight of Prime Minister Sheikh Hasina, a strongadvocate of gender rights.

From the 2009-10 fiscal year, the Government introduced the gender budget, now a part of 43 ministries and divisions, and every year the allocation has steadily been increasing. UN Women is currently supporting the Government further improve the system by strengthening monitoring of how this gender budget allocation is being spent. The government also has allocated Tk100 crore for the Women Entrepreneurship Fund and Tk 25 crore for Women Development Special Fund in 2019.To unlock public resources to support women’s entrepreneurship and employment, UN Women has been working with local governments in various districts withtraining on gender responsive planning and budgeting.

Currently over four million women are working in the Ready-made Garment (RMG) sector, the country’s main foreign currency earner. UN Women has been working with several factories to provide female garment workers with soft skills training such as negotiation, communication, problem-solving, decision-making, and leadership, which helps advance in their careers. Factory management have also been trained on sexual harassment in the workplace. Prime Minister Sheikh Hasina’s aspiration to work on gender equality can be found in her statement made at the Commonwealth Women’s Forum in London in April 2018, where she stated: “We want to build a future where world peace and women empowerment remain the cornerstone to create a society free from poverty, discrimination and conflict.”

UN Women is committed to supporting Bangladesh continue its journey towards gender equality and achievement of the 2030 Agenda for Sustainable Development through supporting further development and implementation of policies and laws that end violence against women, promote equal rights of women in the family and elsewhere, and to maximize women’s contribution to a peaceful and prosperous Bangladesh.