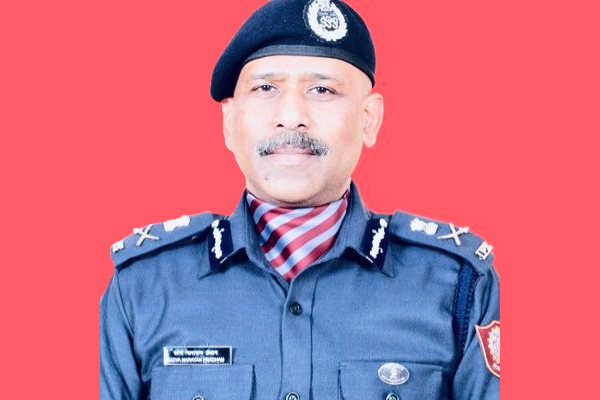 To manage disasters and their aftermath, institutions like National Disaster Response Force (NDRF) must leverage best in class technologies for advance prediction,response and restoration says Satya Narayan Pradhan, Director General, National Disaster Response Force. In an interview with Souvik Goswami of Elets New Network (ENN), Pradhan shares his vision and plans to create a community of civil society and administration in each state and mark NDRF’s footprint across the country.

How has been the journey of NDRF over the years?

The major part of NDRF’s journey has happened over a decade. The context of setting up NDRF is linked to an interesting span of roughly five years in the history of major disasters in independent India. In 1999, we had the first of a three successive major disasters – the Odisha Super Cyclone. Bhuj earthquake followed in 2001 and the Tsunami in South India in 2004. These three disasters coming one after another woke up India and we learnt the hard way disaster management is serious business and a critical often image changing governance intervention. It requires decisive policy interventions, institutional structures and response mechanisms. The aim is not only to handle disaster once it happens but also to prevent it and to minimise the effect afterwards. The world has moved towards disaster risk management so that reduction and mitigation of the risks both before and in the aftermath of disasters can be taken care of. The Disaster Management Act was enacted in 2005, which gave us the governance ecosystem and response mechanism.

Subsequently in 2006 it was decided that NDRF should be created as a standalone and that is how NDRF came into being. In 2009, it started functioning as an exclusive force. That created a paradigm change for disaster response in India and today we can proudly say that NDRF is one of its kind in the world. It is the world’s largest humanitarian response force in terms of being a dedicated disaster response force 24/7 and 365 days a year.

Our battalion has around 1150 personnel, which are divided into 18 teams of 47 members each. All the personnel are equipped with multiple skills such as providing medical assistance, collapse structure rescue , flood or aquatic rescue , nuclear/ chemical/biological emergency expertise to name a few.

Last year, during Kerala floods, NDRF executed massive rescue operations where 58 teams from across India were airlifted to help the stranded people in the flood affected areas of Kerala state.

People have reposed immense faith in NDRF and wherever any small or big disasters happen, the state governments approach us for the rescue operations. NDRF had started with eight battalions and now are going to double the strength with 16 battalions. As many as 12 battalions are already in place and four more are likely to be ready by the beginning of next year. Hence, within a decade, the strength of NDRF has doubled. It is also an indication of not only the requirement but also the popularity and usefulness across the country and even internationally.

However a disclaimer is in order here. In front of nature’s fury, there is a risk of failure as well. We are a young force and we still have a lot to learn. We are using latest technology to renew our learning and sharpen our response mechanism. How is technology leveraged in disaster management? Technology is an efficiency and force multiplier. The first port of call to multiply efficiency is to have measurability, data and institutional memory. When I took over NDRF, the only thing that struck me as an area where improvement is required is institutional memory and data about disasters and relevant data points for understanding, predicting and analysing disasters and their aftermath. We also do a lot of capacity building.

There are two pillars of NDRF’s actions, real operations when disasters take place and training when there is no disaster. Both the pillars would be stronger if we had a more efficient and comprehensive database. For example, in Kerala floods, the fishermen of the state played one of the stellar roles. They not only provided the boats but became saviours by rowing the boats as well. If we had readymade data of the fishermen or the number and types of boats owned by the people of the state with the police, it would have been a greater help. Although we got in touch with the fishermen’s association which was contacted by the local police to provide details, a prior database would have been handy to save time and act more efficiently. Similarly, if we had disaster simulation maps about the floods to predict the floods and the levels likely to be touched with simulation on a 3D map, our preparation level would have been better. All these technologies should be used in a default mode.

As DG NDRF I want to catalyse such essential cutting edge technologies across the board. This includes the map intelligence and data-base leveraging technologies. I also want to implement operational technology which would enable me to communicate with my functionary or other stake holders under any circumstance. Once you have assured communication in place, things can be dramatically different. I want to bring in a 360 degree technological synergy including communication, data, map intelligence, analytics and Internet of Things (IoT). These would help us predict and prepare for upcoming disasters. With support from bodies like NDMA, ISRO and others, enabling these technologies would be possible.

Have you already started work towards achieving these goals?

Definitely! From the very first month of my joining, we took this resolution to leverage as much technology as possible. We have converted the conference hall into a conference cum disaster response operations room. We are calling it IDOC i.e. Integrated Disaster Operations Centre and expecting the IDOC to be functional by end of this year. We are in parallel collaborating with our Ministry the MHA and ISRO to set up a larger emergency control centre too. We want to progressively integrate every technology I mentioned earlier to create a one stop shop for operation control of all disasters. We are already getting feeds of multiple agencies and with better technology, we can function much better.

What is the significance of data security in this kind of operations?

We have taken measures like root encryption where the security threat is higher. Otherwise I do not see much of the data under the classified information domain. On the contrary, we need more sharing of data in the public domain as far as disaster response is concerned. Take for instance, in the Kerala floods, along with the Defence and Disaster Management personnel, the civil society also played a stellar role. NGOs, temple bodies, and all kind of social organisations pitched in. The youth also played an important role. This was possible due to the utilisation of social media. Although this was a spontaneous reaction, we would like to channelise it in an organised way to open multiple avenues.

We can integrate all social media and give it convergence so that all the social media posts coming from the people in the affected area are able to share the real picture and we can realise the gravity of the situation. We can garner the data that in a disaster struck area, who all could still access the internet and who have stopped using data, which would give us an indication. All standard social media applications can be our agents and efficiency multipliers in a manifold ways. This is the benevolent aspect of technology which we must leverage.

What is your vision for NDRF and where do you want to take it few years down the line?

My vision starts with the community. In the hours of disaster, community is and should be the empowered first responder. After that, the local government, district, state should be the backup. The third and final backup should be the federal force like the NDRF or the policy body like NDMA. If the state’s disaster ecosystem is strong, then it becomes a national asset in handling a disaster. NDRF would like to empower and build capacity of communities across India to handle the disasters initially. Secondly, we would like to empower and build capacity of the state disaster response machinery, the State Disaster Response Forces, which in any case we train. Some of the states have performed exceptionally well, for example Odisha’s ODRAF, which is an able foil equivalent to NDRF. This gives us a leeway to align with the state forces, which we did during the Odisha cyclones. We want to create this kind of synergy for every state. Our vision also includes strengthening each local level community in such a way that they are empowered, prepared and can meaningfully support in handling disaster situations. These are the three concentric circle of disaster mechanism where the outer circle is the community and the middle circle is the state units like SDRFs or other state disaster management bodies like SDMAs and the third and core federal circle is the NDRF.

Once these three are aligned, India will always be one of the better prepared countries for handling disasters of any kind. We are in the process to identify the gaps where NDRF battalions are not placed adequately, especially in the disaster prone areas. We are there in 40 places in India of which 12 are battalions and the rest are Regional Response Centres (RRCs).

We aim to ensure complete NDRF footprint in the all States and Union Territories to have a pan-India presence. An encouraging and happy development is the upcoming NDRF Academy that is being built in Nagpur where civil defence and disaster response training will be synergised in the best interest of the country and states.

This is my vision in nutshell and NDRF aims at in the centre of these and other developments in the disaster management ecosystem of India and beyond.