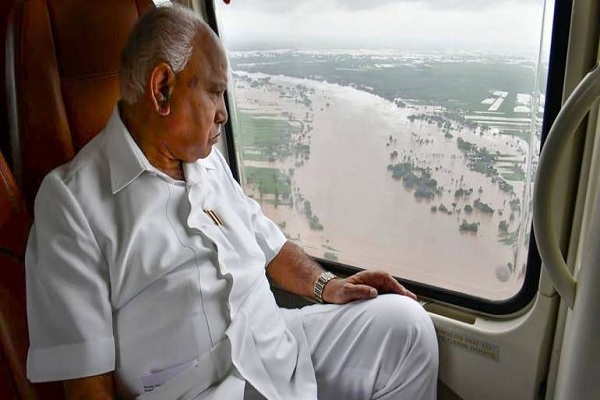 The Karnataka state government has announced a compensation of Rs 5 lakh for flood hit families of the state. Chief Minister B S Yediyurappa on Monday announced that each family, which has lost its house in the landslides occurred due to floods in 17 out of 30 districts of the state, will be eligible for Rs 5 lakh compensation.

Yediyurappa was quoted as saying, “Rs 5 lakh will be given to each family whose house has been damaged due to landslides and floods. Provisionally, Rs 10,000 will be paid as advance relief to the affected families from Monday night.”

The Karnataka government will also give Rs 5,000 to the affected families as monthly house rent allowance. The allowance will be provided to them until they build new houses.

Around 50,595 animals have been rescued, out of which 32,305 have been moved to camps or other safe areas. On the other hand, 548 livestock were lost.

An official from the Chief Minister officer also stated that 4,21,514 hectares of crops were also damaged.