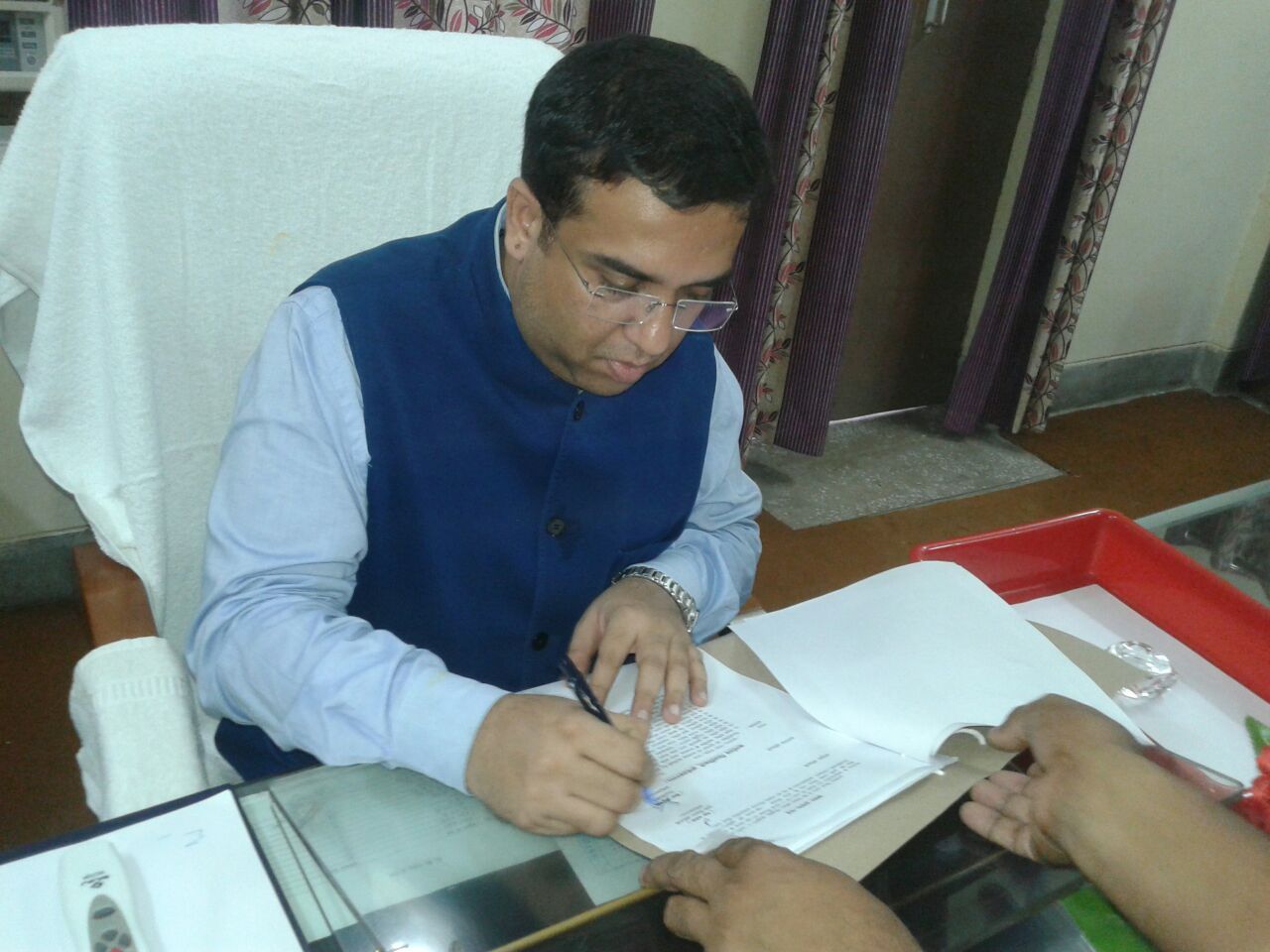 A record 66.75 percent voting was achieved in Pilibhit in Phase-III of the ongoing Lok Sabha Elections, making it the top district in Uttar Pradesh to have registered maximum voter turnout. But it wasn’t an easy job for Vaibhav Srivastava, District Magistrate and District Election Officer, Pilibhit, who worked round-the-clock with his team with meticulous planning to motivate the voters to come out and exercise their franchise under the scorching sun.

“In consonance with the decision of the Election Commission of India to track all electronic voting machines (EVMs) online, Pilibhit district administration had developed a mobile application and security was given through it. Training in this regard was imparted to the staff concerned,” said Srivastava.

The 2009 batch IAS officer used the technology wisely to push Pilibhit record over 4 percent more voting than the previous Lok Sabha poll in 2014 when 62.86 percent voting was recorded in the district.

“We deputed all polling parties and other field functionaries at a place to install the Mobile App. Polling parties were linked with booths and were assigned EVMs & VVPAT. In such scenario tracking of all the parties along with EVM was being monitored from the control room and Mobile App with Admin login,” Srivastava added.

The App was made intelligent to send the auto notification to DEO/ADEO for unwanted half during the transit of EVM. Multiple numbers were linked so that network issues in the rural areas could be minimised while offline tracking was running in the background all the time.

All booths were geo-fenced and upon reaching of polling parties at the respective booth, auto notification was coming to control room and DEO Dashboard.

The readiness of the district administration to handle any exigency was perhaps the reason that very few incidents of EVM malfunctioning was reported and those too were resolved swiftly.

The Pilibhit District Magistrate also handled minor incidents with sensitivity like that in Pipra Village in Barkheda area, where villagers had boycotted elections after a roadblock in their area. But they returned to polling booths after Shrivastav’s intervention.

This achievement is significant in light of the fact that the voting concluded peacefully in Pilibhit without any major incident reported. The polling stations in the district were opened for voters around 7 am and the graph kept on going up at a constant rate after a brief spell of slowing down around afternoon when the mercury soared around 40 degrees Celsius.

In the third phase of polling, there were 13 candidates in the fray from Pilibhit, where 946 polling stations and 1,538 booths were set up across the district.