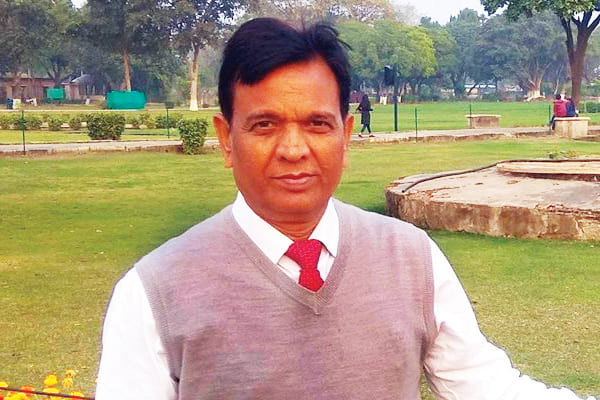 In the face of challenges like water scarcity and low agriculture production owing to barren land in Banda district, there is an urgent need for the people to change their approach towards utilisation of water, said Hira Lal, the then Chief Development Officer, Banda, in conversation with Arpit Gupta of Elets News Network (ENN).

As the Chief Development Officer of Banda district which major initiatives have you undertaken?

Banda district comes under the Bundelkhand region of Uttar Pradesh, which has a distinctive identity and unique challenges. If we want to ensure the development of Banda, all those departments that are working in the areas of education, poverty alleviation, agriculture or irrigation in the district through various government schemes they need to customise the solutions as per the need of the Bundelkhand region by making necessary changes and amendments to the existing schemes.

The government has given Banda district more relaxations in some sectors. For instance, in the areas of agriculture and irrigation for ensuring development of the district, Banda was brought under the Bundelkhand Package and other programmes specifically focussed on the region. Our priority is to properly implement all those programmes in the district.

What are the developmental challenges of Banda district?

So far as challenges are concerned, Banda has more challenges than other districts of the state. We face challenges pertaining to agriculture, irrigation as well as unemployment rate. Majority of the land in Banda is not suitable for agriculture owing to lack of irrigation facilities. In those areas which are favourable for agriculture, we need to introduce such varieties of crops that can adapt local conditions and need less water and less rainfall. Efforts are on in this direction and some varieties of crops that give more yield and require less water have been developed by local scientists.

The government is also trying to provide irrigation through drip irrigation and sprinkler irrigation systems. Irrigation is a major challenge in this region as the surface water quickly runs off to the rivers. Even if we recharge the water table through various conservation measures, our topography is such that the water leakages through the underground creeks and makes its way to the rivers. Due to less rainfall our rivers also do not hold too much water so that we can divert it for irrigation purposes. Therefore, we need to work a lot in the area of water conservation.

What measures are being taken to tackle the problem of water shortage in the region?

On one hand we are building check dams, small and big ponds to conserve water and on the other hand we are using irrigation techniques like drip and sprinkler irrigation to ensure that less water is used for irrigation. Besides these measures, our effort is to get more water through the bigger resources of irrigation like canals and for that we need cooperation from the Central government and other states.

For instance, until Madhya Pradesh does not provide us enough water, we won’t be able to irrigate our fields through canals.

“The government has given Banda district more relaxations in some sectors. For instance, in the areas of agriculture and irrigation for ensuring development of the district, Banda was brought under the Bundelkhand Package and other programmes specifically focussed on the region.”

We also need to change our approach towards utilising water resources as we can earn money but it is very difficult to earn water. There is a need to prepare a water security plan and water budget to assess the availability and the rate with which to spend this important resource.

What are the major achievements of the district administration of Banda after the new government came to power in the state?

We have worked on various schemes. For example, under the Pradhan Mantri Awas Yojana, we have constructed over 24,000 homes in a span of 1.5 years. Since most of the farmers grow crops by taking loans, the Farmer Loan Redemption Scheme has been implemented to provide financial security to the farmers. We have touched great heights in terms of crop production. We have doubled our target of crop production compared to the last year for both Rabi and Kharif crops.