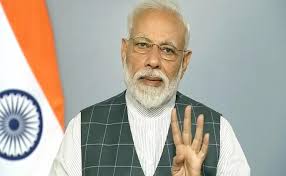 India on Wednesday joined an exclusive club of countries having the capability to bring down satellites in the low earth orbit using an anti-satellite missile called A-SAT.

By successfully shooting one of its satellites orbiting 300 kms from the Earth’s surface, India has joined United States, China and Russia who possess this capability.

In a televised announcement Prime Minister Narendra Modi said, “Some time back, our scientists have hit a live satellite 300 km away in the low earth orbit. This was a pre-determined target which has been brought down by an A-SAT. The operation was completed in three minutes. Mission Shakti was a very difficult operation in which very high quality technical capability was required.”

Later in a tweet, the Prime Minister said that #MissionShakti was special for two reasons: India is only the 4th country to acquire such a specialised and modern capability and that the entire effort was indigenous.

Since weaponisation of the space is prohibited under the Outer Space Treaty of 1967, the Prime Minister assured the international community that this newly acquired capability was not targeted at anyone.

“This is a defence capability of an India which is progressing at a rapid pace. India has always been opposed to weaponisation of space, and today’s test does not alter that position,” Modi said.

A statement by the Ministry of External Affairs also reiterated that the purpose of the test was to “safeguard” India’s own “space assets”.

“The test was done to verify that India has the capability to safeguard our space assets. It is the Government of India’s responsibility to defend the country’s interests in outer space. The tests were done after we had acquired the required degree of confidence to ensure its success, and reflects the intention of the government to enhance India’s national security. India has seen an accelerated space development programme since 2014,” the MEA said.

#MissionShakti is special for 2 reasons:
(1) India is only the 4th country to acquire such a specialised & modern capability.
(2) Entire effort is indigenous.
India stands tall as a space power!
It will make India stronger, even more secure and will further peace and harmony.