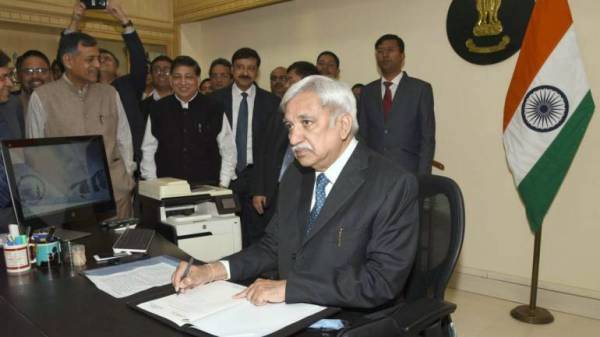 The Election Commission on Sunday announced the schedule for Lok Sabha 2019 polls. According to Sunil Arora, Chief Election Commissioner of India, the polls will be held from 11 April to 19 May, 2019, in seven phases across India. The result will be announced on 23 May, 2019. With the announcement of the General Election 2019 schedule, the mode of conduct has come into effect.

The Lok Sabha 2019 phase and state wise schedule is given in the table below.

According to Arora, this year, there are around 90 crore registered voters, of which 1.5 crore are in the age group of 18 to 19 years. The total number of Lok Sabha seats across the country is 543.

Around 10 lakh polling stations will be set up for the Lok Sabha election 2019. In the 2014 General Elections, the number was nine lakh.