The Government of NCT of Delhi has finally given go-ahead for Delhi Metro’s Phase-IV project. The work on this project will start from January next year work. It will be a  103.93-kilometre long line and would be completed by December 31, 2024. 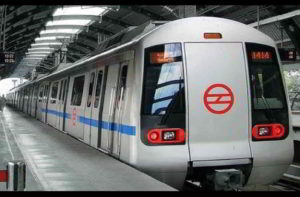 The Cabinet of Delhi Government has approved all the six lines of this project.

“Once ready, the upcoming lines will provide seamless connectivity, especially to people of outer Delhi. The Delhi government will give its share of Rs 9,707 crore for the construction of the Metro lines, estimated to cost around Rs 46,000 crore,” said Manish Sisodia, Deputy Chief Minister of Delhi.

The Delhi Metro Rail Corporation (DMRC), will now take this project to Centre for approval.

After the completion of this metro line, total length of the Metro network will be 453.58 kilometres.

DMRC will build all the six corridors simultaneously.

All the other lines of Phase 3, will be completed by next month also. Metro link from Mayur Vihar to Trilokpur, which is a one-kilometre stretch, will be finished by mid-2019.

The earlier deadline for Phase IV was 2022 but it has been pushed to two more years.

The Phase-IV project was earlier scheduled to be completed by 2022, but has now been pushed by two more years.