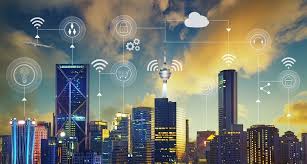 India on Friday invited Russia to leverage the potential of its booming digital economy.

Information and Technology Minister Ravi Shankar Prasad has said collaboration in areas like AI and e-health would spur technology momentum of both the economies.

“Indeed, it has acquired a new momentum because of personal chemistry and understanding between Prime Minister Narendra Modi and Russian President Vladimir Putin,” the IT minister said.

The minister described the Indo-Russian relationship as one of “trust, understanding and reciprocity”. He said the two sides had a common world view on a variety of matters and that ties have remained immune from the political changes and other differences.

He also underlined the country’s strength in skilled manpower and innovation and Russia’s technology prowess.

The IT minister said India too offers a vast potential in emerging areas like AI, e-healthcare and e-education and the booming startup ecosystem.

The mobile phone base in the country stands at 1.21 billion with 450 million smartphones, Prasad said, adding that 1.22 billion Aadhaar cards offered residents a verifiable digital identity.