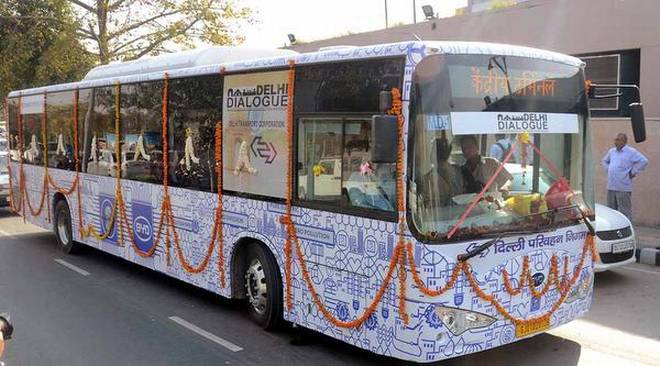 Delhi is all set to welcome electric buses from next month.

Initially, three such buses will start operations on a trial basis.

After that, the Delhi Government plans to induct 1,000 such electric buses by next year.

“The e-buses will be provided by three different manufacturers so that the government can identify the model best suited for Delhi’s conditions. This is being done to assess the performance of e-buses and its infrastructure requirements,” said Delhi transport minister Kailash Gahlot.

Last month, the State Government has given in-principle approval for running 1,000 low-floor AC electric buses in the city at a cost Rs 2,870 crore. For the smooth operations of this project, the Delhi Integrated Multi-Modal Transit System (DIMTS) was also appointed.

The electric buses will also initiate a study on electric mobility, a report of which will be submitted to the Delhi government by November.This is the second trial run of electric buses. It started in March, 2016 when one bus was launched  for trial and was returned to a Chinese manufacturing company after three months of plying on Delhi roads.

The focus of the study this time will be on identifying how depots need to be created for these buses because the fleet that is going to come in Delhi is going to be the largest in India.

A total of six special bus depots for these buses — East Vinod Nagar, Bawana Sector-5, Burari, Rohini Sector-37, Revla Khanpur and Narela will be created for these buses.