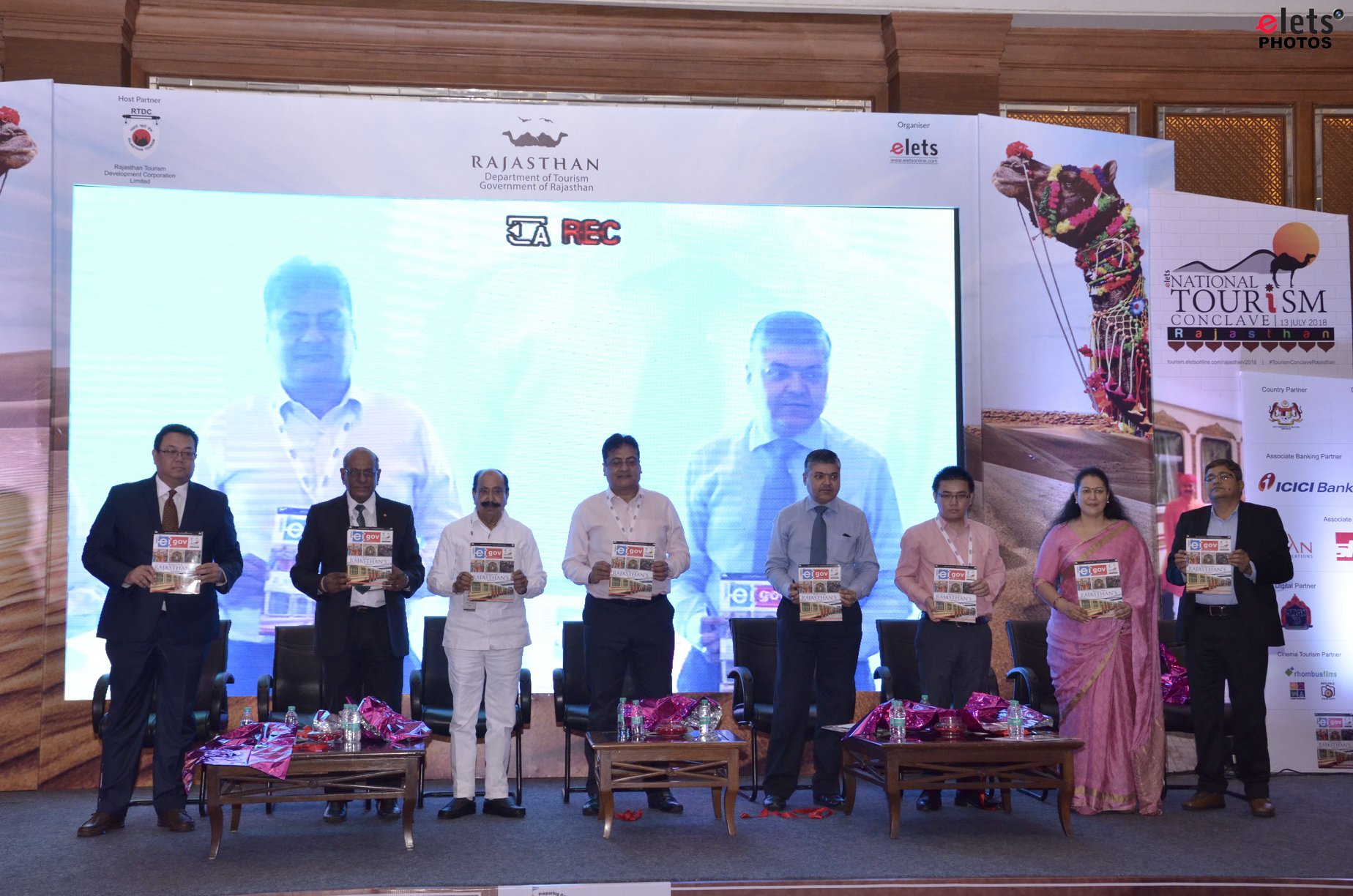 The second National Tourism Conclave, Rajasthan was inaugurated by  top officials of the State Tourism Department in Jaipur.

The day long conclave organised byDepartment of Tourism and Rajasthan Tourism Development Corporation, Government of Rajasthan, along with Elets Technomedia Pvt Ltd, swa congregation of various tourism policymakers from across the country.

“Tourism in Rajasthan is set for taking a giant leap forward with several initiatives being taken by the state government.The State has something for all kind of tourism lovers and aggressive marketing strategy of the government has further bolstered the sector,” said Haulianlal Guite, Managing Director of Rajasthan Tourism Development Corporation (RTDC).

“Mauritius is like ‘mini India’ as one can find almost all ethnicities, caste and creed of India playing a key role in the development of Mauritius. Tourist destinations in Mauritius are very popular among Indian tourists and we value this relationship,” Goburdhun said.

“Rajasthan is the most preferred tourist destination and a number of pro-tourism projects being executed in the state would give a major boost to the sector,” said Pradeep Kumar Borar, Director of Tourism, Rajasthan.

The state government has increased its tourism budget in recent years. Improving intra-air connectivity is another step forward to increase domestic and international tourist footfall in the state,”said Kuldeep Ranka, Principal Secretary, Tourism.

This is the second National Tourism Conclave organised by Elets. The first such Conclave was organised in Chandigarh last year.