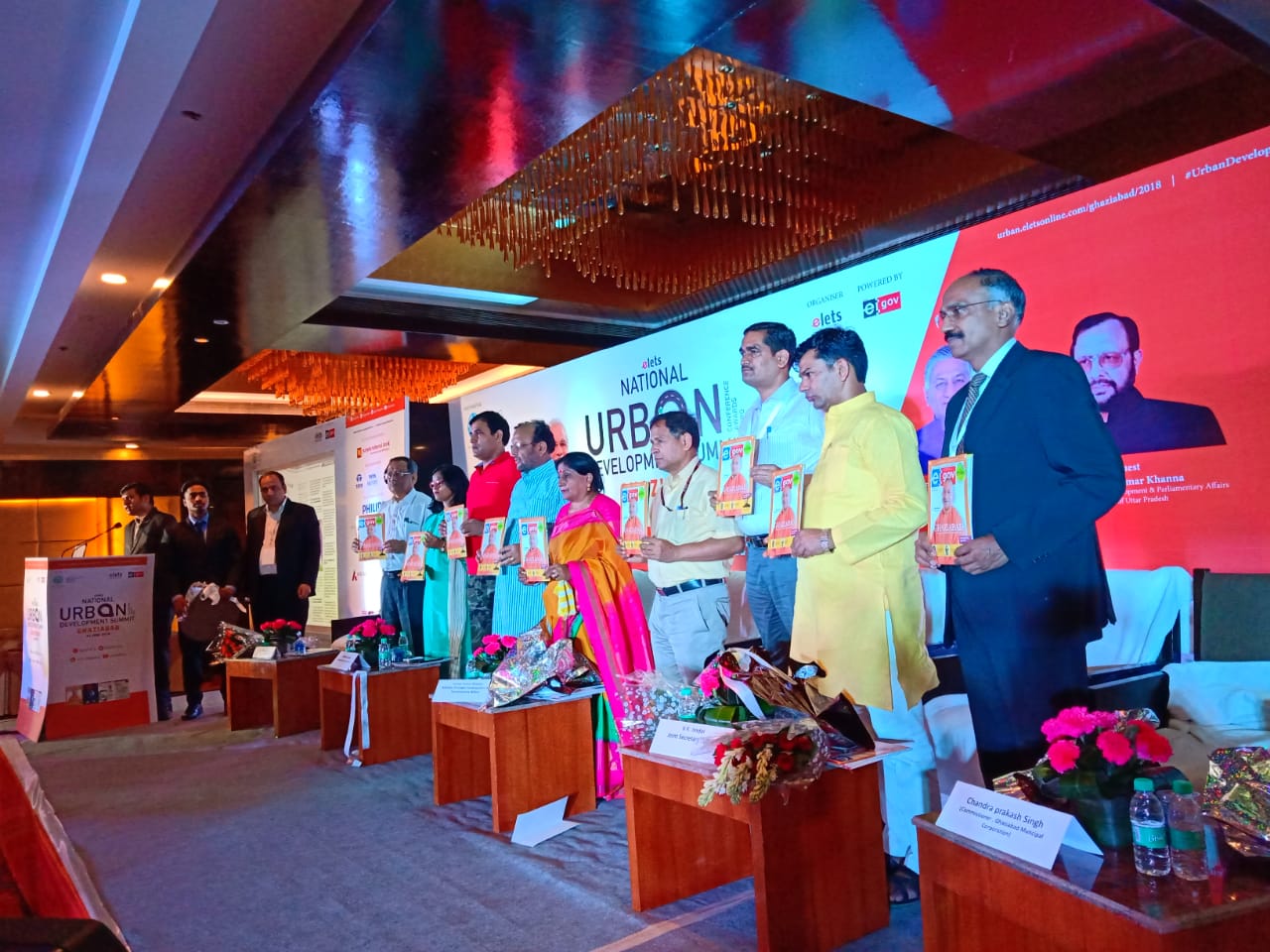 The event was inaugurated by Suresh Kumar Khanna, Minister of Urban Development and Parliamentary Affairs, Government of Uttar Pradesh.

“It is a matter of pride that Ghaziabad achieved such a high ranking and bagged the award for India’s Fastest Movers City in Swachh Sarveskhan ranking. We need support of people to achieve the target of complete cleanliness in Uttar Pradesh,” said the Minister.

“I urge people to educate their children about the need for cleanliness. Japan became a clean country in 20 years. We have achieved and moved forward in just 4 years. We can achiveve the same status as Japan soon if people participate in this drive,” added Khanna.

“Ghaziabad stood 1st in India’s Fastest Mover City which is a big achievement in itself. We started the Pink Toilet concept in the country,” said Asha Sharma,Mayor Ghaziabad.

This is the second Urban Development Summit organised by Elets.