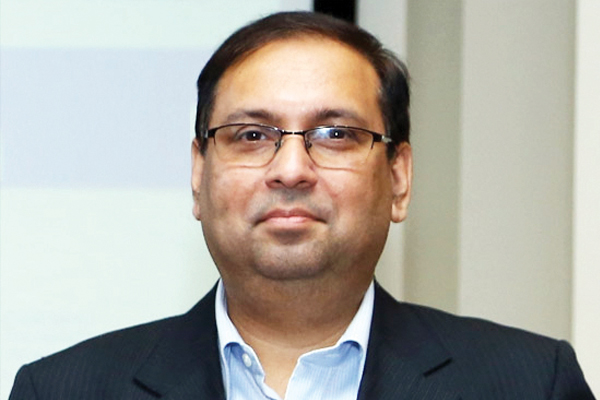 North East in general, and Mizoram in particular, has tremendous untapped potential as well as some developmental challenges. In 2016, the Government of Mizoram has introduced the New Economic Development Policy to address the challenges and leverage the opportunities in the state. In this policy, promoting entrepreneurship has been identified as a focus area which is expected to reverse the challenges and create positive socio-economic outcome in the State.

Several initiatives were undertaken to create a supportive ecosystem supported by local entrepreneurs, academia and knowledge partner like IIM Calcutta Innovation Park (IIMCIP). IIMCIP is a Department of Science and Technology (Government of India) recognised business incubator incorporated under the aegis of IIM Calcutta to promote entrepreneurship and innovation. IIMCIP is acting as a catalyst in building the entrepreneurship ecosystem in the country, specifically in East and  identify, support, recognise and reward the most promising early-stage entrepreneurs of Mizoram.

The Mizoram State Entrepreneurship Development Monitoring Committee (MEDMOC) joined hands with IIMCIP to execute this ambitious initiative, which is the first of its kind in Mizoram and probably in North East as well. Mizoram Kailwan was launched in July 2017 along with its unique brand identity – the logo, theme song and website. The first State level business plan contest was also launched the same day.

The initiative adopted multi pronged strategy to promote entrepreneurship and encourage people to participate in business plan contest. The launch was followed by a comprehensive promotion leveraging print, social media, television and radio. To create significant awareness and to proactively reach out to the youth, outreach events were carried out in every district of Mizoram. The goal of this was to generate excitement about Mizoram Kailawn while increasing knowledge about entrepreneurship and entrepreneurship development. The events witnessed large audience comprising students, entrepreneurs, aspiring entrepreneurs and key stakeholders from the districts.

The Business Plan contest also saw overwhelming participation and 287 applications were received covering every district of Mizoram. The participation, as a percentage of the population of the State, is extremely high compared to similar State level contests in other parts of the country. A pool of experts from IIMCIP network screened the applications and 43 participants were selected for the next round. A five day boot camp was organised at Aizawl for the shortlisted participants. The objective was to impart essential skills to develop a high quality business plan and to present the plan to potential investors.

Experts comprising of entrepreneurs, academicians, investors and mentors from all over India conducted the sessions on various aspects of business and soft skills. One on one mentoring sessions helped the participants to identify the gaps in their business plans and they worked hard for long hours to hone the presentation skills. The outcome of the boot camp was extremely encouraging. The participants who had never seen a business plan before the sessions were delivering professional elevator pitches!

This proves the potential of human resources in Mizoram. At the end of the camp, 20 startups were selected to pitch in the semi-final round. A panel of jury evaluated the presentations and top 10 team were selected to compete in the Grand Finale. The jury in both semi -final and Grand Finale comprised investors, entrepreneurs, mentors from Mizoram and other parts of the country. The first edition of Mizoram Kailawn culminated with the Entrepreneurship Summit at Mizoram University campus, Aizawl.

The summit was graced by Chief Minister of Mizoram Lal Thanhawla as Chief Guest, Minister of Finance and Planning as Guest of Honour and Chief Secretary of Mizoram as Chairman. Attendees included government officials, local entrepreneurs and representatives from associations, college and university students and professors. The Grand Finale of the summit involved the declaration and felicitation of the Mizoram Kailawn Business Plan competition winners. A total cash award of Rs 10 lakhs were handed over to the five startups.

The outcome of Mizoram Kailwan 2017 was above expectations. The response from the community has been overwhelmingly positive. It was effective in increasing awareness on entrepreneurship and encouraged people of Mizoram, primarily the youth to conceptualise solutions leveraging the opportunities in the State and formulate a venture around that. The programme successfully identified promising start-ups and ideas, from every district of Mizoram. Additionally, there was a high participation rate of women entrepreneurs who comprised of 28 per cent of the finalists invited to participate in the boot camp, and 20 per cent of the overall applicants.

The business proposals consisted of innovative solutions from a wide range of sectors including agriculture, technology, fashion/textile, tourism, manufacturing, energy and waste management, construction, services, and animal husbandry. The camp participants developed the confidence and motivation to pursue their ventures and successfully implement them. Mizoram Kailawn is successful in its objective of making inroads to creating an ecosystem to support entrepreneurship development in the State.

The entrepreneurs / finalists have been connected to potential investors to help them advance to the next stage of their business. Additionally, entrepreneurs are now connected with institutional support by means of MEDMOC as well as the Mizoram University Incubation Centre. The entrepreneurs have developed their own close network and now support one another in their various endeavours. The youth and aspiring entrepreneurs of the State are encouraged by the growing support for entrepreneurship, and they looking forward to the Mizoram Kailawn 2018.