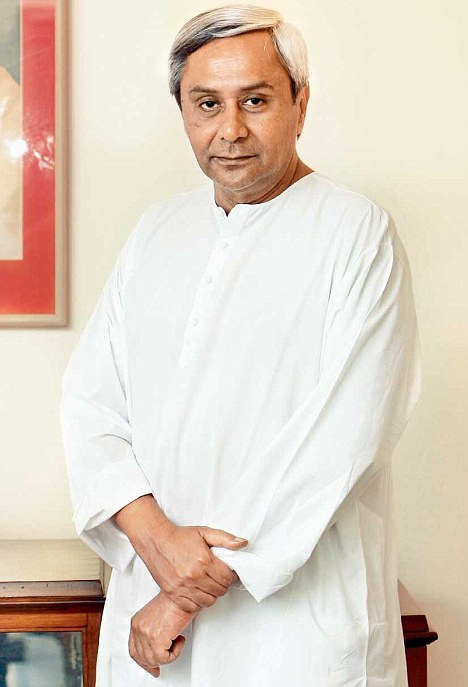 Naveen Patnaik, Chief Minister of Orissa at his office in Bhubaneshwar, Orissa, India

In a bid to double farmers’ income and improve the standard of livelihood, the Government of Odisha has decided to promote farm mechanisation in a big way and popularise technology and innovation among farmers, Naveen Patnaik, the Chief Minister of Odisha said at the inauguration of the four-day Krushi Odisha Exhibition of farm equipment and machineries in Bhubaneswar  recently.

The four-day Krushi Odisha Exhibition is being jointly organised by the Agriculture and Farmers’ Empowerment and Confederation of Indian Industry (CII).

“Farming is not only the fulcrum of the economy of Odisha, but is also the chief source of livelihood for a vast multitude of its people. And that explains why our Government is so serious about agriculture,” Patnaik said, adding that the Odisha Government has decided to invest more in irrigation and aggressively promote allied sectors such as horticulture, pisciculture, animal husbandry, food processing, etc.

The Odisha Government has achieved significant success in agriculture in recent years, the Chief Minister said, adding that the agri budget in Odisha has doubled in the past few years, and the State Government has won several awards, too. “I am confident that in a few years’ time, Odisha will be the leader in the agri space,”Patnaik said.

The exhibition inaugurated by the Chief Minister is marked with 170 leading farm equipment makers and companies engaged in agriculture and allied sectors such as the Mahindra, Tata Agrico, Paradeep Phosphates, Kirloskar Brothers, and also Government agencies like IFFCO, APICOL, APEDA, etc. The other highlights of Krushi Odisha are B2B and B2G meetings, and Krushak Pathshala, an interactive tutorial for farmers on the modern methods of farming.

About 10,000 farmers coming from 30 districts of Odisha will be trained by experts from various agricultural domains in latest farm technologies and modern agricultural practices, and provided hands-on training in how they can enhance cropping intensity and improve high-yielding varieties of seeds.