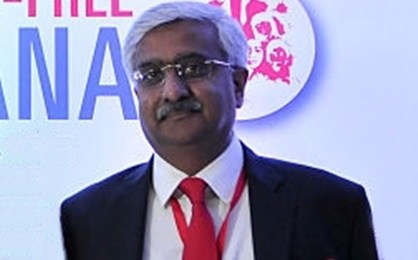 The MHA has sought a report on the incident from the Lieutenant Governor of Delhi. Justice will be done. A delegation of IAS DANICS & Subordinate Services of Delhi Government met me today and apprised me of the prevailing situation.

The Chief Secretary has already filed FIR against AAP MLA Amanatullah Khan and others for manhandling him.

The Chief Minister has termed Prakash’s accusations as “bizarre and baseless”.

Meanwhile, IAS officers all over India have been protesting against this attack on bureaucracy.

We stand with Mr Anshu Prakash at this moment. Officers expect dignity and self-respect to be protected.@IASassociation

Top Delhi government bureaucrats from IAS and DANICS cadres came to work today with black ribbons on their arms to protest against the alleged attack by AAP MLAs on the Delhi government Chief Secretary .

IAS associations’ support for Delhi Chief Secretary is an appreciable digression from usual stony silence. They should also speak up on more pressing national issues which affect general populace directly.