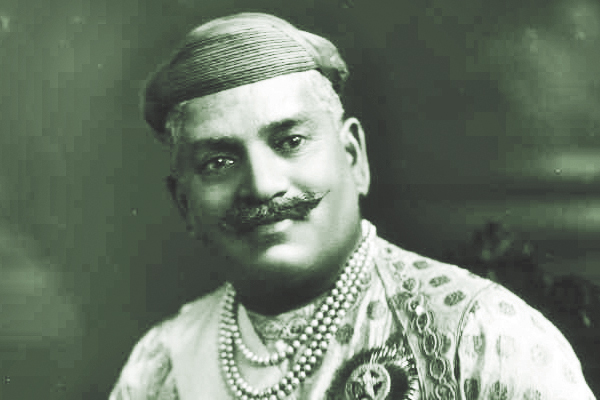 Vadodara is set for a major boost in transport connectivity. The travelers in the city are expected to multiply after the projects included for air, road and rail trasportations run full-fledged, writes Dipen Pradhan of Elets News Nework (ENN).

“VMC has floated a proposal Reinvigoration of Vishwamitri Riverfront Influence Area under the National River Conservation Plan (NRCP). The project aims to solve entire sewage problem of the city.”

Baroda may have already defined the idea of a much- fashioned term “Smart City” in the era when Gaekwad dynasty transformed the region into educational, industrial and commercial centre. It was during the period of Gaekwad dynasty, art and architecture flourished and got its tag as “Sanskari Nagar” and “Kala Nagar”, the historians agree. The town-planning prowess of the city during the rule of Maharaja Sayajirao Gaekwad III is a witness to dynasty’s vision to bring a quality in the life of the citizens. Prime Minister Narendra Modi has earmarked a mission for Vadodara, calling for revival through technology to run alongside with such legacies —towards becoming a lighthouse to other aspiring cities. Vadodara is a Tier-II city, spreadover with an area of 235 sq km having a population of about 20 million. It was selected in the 100 Smart Cities project in September 2016.

42 ABD and pan city projects have been planned for the city within a tune of Rs 2,009.4 crore. While these projects are aimed at bringing a quality in the life of citizens, enriching Vadodara’s socio-economic environment, improve urban mobility, providing transparent and responsive governance, it further aims for a revolutionary change in the tourism and transport sectors.

The city established on the banks of Vishwamitri River brims with heritage structures. The Vadodara Municipal Corporation has also increased the ABD projects to restore heritage structures that fall under its jurisdiction. In one of its projects ‘Revamping of Heritage Structure’, the restoration of ‘Char Darwaza’ or Four Gates —Champaner, Gandigate, Panigate and Mandvi —have been proposed. Further identifying historical structures that require restoration is at process. According to officials, original materials used for the construction of the gates will be used for restoration, with work order already passed for Panigate and Gandigate. A Mumbai-based firm Savani Construction has been awarded with the restoration task — being done for the first time since its foundation some centuries back. Meanwhile, a project to ferry tourist in and around the heritage and popular entertainment areas of Vadodara is expected to be launched soon. Its inauguration was previously done by Gujarat’s Chief Minister, Vijaybhai Rupani. The corporation has also put up a 65 metre flag in the city which stands as the tallest flag in the State. The people in the city are excited for the completion of 182 metre tall monument “Statue of Unity” near Narmada Dam, which may get a tag of “wonders of the world”, nevertheless will be one of the tallest statues in the world. The monument is athe brainchild of Prime Minister Narendra Modi to honour India’s freedom struggle leader Sardar Vallabhbhai Patel.

“With the launch of Ahmedabad-Mumbai bullet train, first in India with 81 percent fund from Japan, the city is set to become an extended suburb of Mumbai.”

According to Vadodara Municipal Corporation Commissioner Dr Vinod Rao, a project for redevelopment and beautification of lakes, ponds and water bodies, built during the time of Maharaja Sayajirao have also been planned. The project is expected to provide a double treat, providing efficient water and assisting on flood management. The project at the moment includes 28 lakes with plans to redevelop and beautify all the 40 lakes of the city. Similarly, VMC has floated a proposal “Reinvigoration of Vishwamitri Riverfront Influence Area” under the National River Conservation Plan (NRCP). The project aims to solve entire sewage problem of the city. It is at the process of getting approval from the Government of India.

Vadodara, on the other hand, is set for a major boost in transport connectivity. The travelers in the city are expected to multiply after the projects included for air, road and rail trasportations run full-fledged. With the recently foundation laying of Ahmedabad- Mumbai bullet train, first in India with 81 percent fund from Japan, the city is set to become an extended suburb of Mumbai. Furthermore, the infrastructure development for railway station is proceeding at full speed; the work for Mumbai-Vadodara Express highway project is already complete on city’s side. “All intervention Vadodara Municipal Corporation has undertaken is to prepare the city for a tourism revolution,” Rao said.