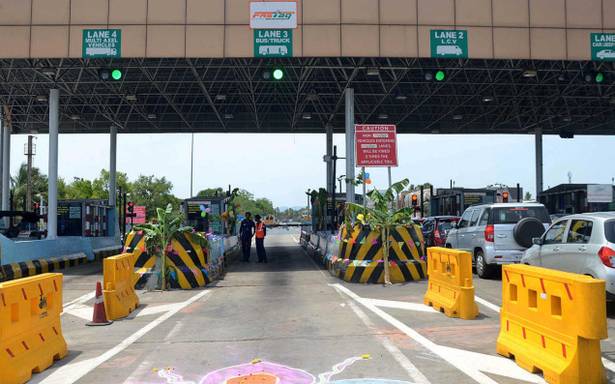 To facilitate seamless traffic on highways, the National Highways Authority of India (NHAI) has operationalised one dedicated FASTag lane at all toll plazas from today.

“FASTag-enabled vehicles can cruise through the dedicated FASTag lane without stopping at toll plazas on national highways,” the Ministry of Road Transport & Highways said in official statement.

The FASTag is an RFID tag available both online and offline through banks and Common Service Centres (CSCs).

Two mobile applications, recently launched by NHAI for ease of obtaining FASTags, have received tremendous response. “Thousands of people have downloaded the applications and purchased FASTags in less than two weeks of its launch on 17th August,” the ministry said, adding that the penetration of FASTag has increased to 18 % as on 31st August, 2017.

From today, one dedicated FASTag lane has been made operational on every toll plaza. #DigitalIndia @MORTHIndia pic.twitter.com/GhyBKitIm4

The Government of India has mandated that new vehicles being sold with effect from 1st October, 2017 will be affixed with active FASTag. The “FASTag Partner App” will facilitate more than 6000 dealers in the country to access a single platform and activate the FASTag at the time of delivery of vehicle.

Massive awareness campaign to make road users aware of the FASTag and its benefits has also been launched. NHAI officers have been tasked to visit toll plazas personally and ensure operationalisation of single dedicated Electronic Toll Collection lane.