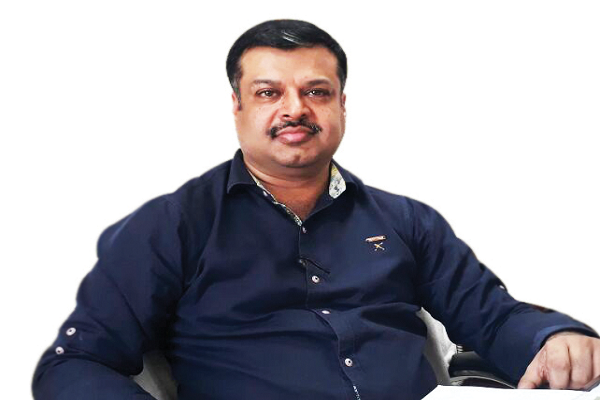 What is Rainbow IT egovernance initiatives and how they have helped the Uttar Pradesh’s state elections?

We have 14.12 crore voters and approximately 1.5 lakhs polling stations in UP. The number of polling personnel attached to the election process amounts to more than 10 lakhs. The information which the Election Commission (EC) wants from us in pre polling days, polling days, and after the polling days require minute details from the polling stations, which we are able to provide efficiently due to new technologies. Earlier, there was human flow of information which was time taking. There was no real time information available. With the help of state’s National Informatics Centre (NIC), we have made many IT applications specially for the elections. Under the guidance of Shri T. Venkatesh, Chief Electoral Officer, UP and technical leadership of Dr Saurabh Gupta, State Informatics Officer, National Informatics Centre, Uttar Pradesh, a dual rainbow of the applications ( 7 online applications and 7 mobile apps) has successfully been implemented for the assembly elections 2017. With the implementation of these apps, we have succeeded in reducing the time to flow this information from the polling stations to our headquarters and finally to the Election Commission of India (ECI).

We have come out with the Electoral Roll Management System (ERMS) mobile app where anybody can see the names of electors who have been deleted or added. This system has led to transparency and reduction in the number of complaints, which used to be high in earlier elections.

We are also providing the information online. Anybody can see the location of polling station on our website. We have also provided a view of facilities available at the polling stations. Along with this, we have come up with a very handy mobile app by the name of M-Voter where any voter can see his or her name in the voting list and they can track their polling station location on the web. During the election, there is need to establish faster and effective communication channel among the concerned officers. To make the communication faster and easy, “m Samvaad” Mobile app was developed and provided to all election machinery. Our work in this election has taken a different route altogether due to these technologies.

Do you think these IT initiatives will help in increasing the poll percentage in the elections?

Do you think these initiatives will help in reaching the rural masses?

The speed of flow of information from the field to the district level and from the district to the state level has increased. The supervision of the district officers have taken a new dimension. They can now easily find the areas where there is laxity and can take action to improve the same. The acceptance of these technologies is much more than my imagination. There is a perception that UP is quite backwards in IT but my experience has been totally the opposite. Our officers and field workers have taken these initiatives very positively and the response has been very good. This is changing the perception Please tell us about the e-Samadhan app.

e-Samadhan is an online integrated and centralised portal for receiving complaints related to election and effective management, disposal and monitoring of these complaints by district election officers. The application creates an environment where a citizen can freely and conveniently file a grievance and receive response to his satisfaction both in terms of quality and time. The complainant can track and see the Action Taken Report on his complaint.

Can you please brief us about the e-Suvidha & e-Sugam portal?

e-Suvidha is an online portal to provide interface to political parties and contesting candidates to apply online for permission of various election related activities, and to the Returning Office (RO) for granting permission to the applicants online. This online solution has ensured transparency and timely granting of permissions for the requests made by the contesting candidates. Every activity has some specific number of forms which are to be filled by the applicant. and duly signed and scanned copies of these forms have to be uploaded by the applicant at the time of applying online for permission. These forms are exclusively available on this portal so that the applicant may download for filling and uploading. The RO grants permission to the applicant after verification of application forms and availability of facility requested by the applicant. Once the permission is granted by the competent authority, the information is sent to the applicant through SMS and the signed copy of permission is made available on the website. Till the end of IV Phase of elections, 50,000+ permissions have been sanctioned by using this application

e-SUGAM is a web application for acquisition and allotment of vehicles. It provides us online platform for registration of all acquired vehicles with their registration number, owner’s name and address. We can also enter the detail of drivers of all acquired vehicles. Allotment of vehicles to all officers, zonal / sector magistrate, video teams, police etc is being done through this software. It also provides us the feature to keep track of fuel consumptions throughout the election process

ERMS is the Electoral Roll Management System which is being used for catering of all the activities related with the electoral roll activities like addition, modification and deletion of the electors during the summary revision and continuous updations, printing of voter list and voter slips. This time we have launched the online search engine to facilitate the voters to search their name in electoral roll. More than 26 lakhs hits were recorded in the span of 3 months from the launch of this search engine. ERMS mobile app has also helped to bring the transparency in the revision process. This app facilitates the political parties and citizens to keep an eye on the revision process as booth wise information of addition and deletions with the name of persons are available in their hand

Please give us an overview of Poll Day Monitoring System (PDMS).

SMS based Poll Day Monitoring System enables continuous data collection of poll status on prepoll day and poll day from every Polling Station through registered mobile number of the presiding officer and first polling officer. The Chief Electoral Officer of UP and all the districts have been provided dashboards for monitoring the progress of voting of all the seven phases of Uttar Pradesh Assembly Election 2017.

Under the guidance of Shri T. Venkatesh, Chief Electoral Officer, UP and technical leadership of Dr Saurabh Gupta, State Informatics Officer, National Informatics Centre, Uttar Pradesh, a dual rainbow of the applications ( 7 web base and 7 mobile apps) has successfully been implemented for the assembly elections 2017.

The implementation of PDMS enables us to get the accurate and timely information of poll day events, starting from the information of safe arrival of polling party at polling stations, conduct of mock poll, start of poll , the polling percentages every two hour on the polling day, voter turn out at the end of poll and finally the status of deposit of the EVM at the receipt centres. Sector Magistrates have monitored the progress of information flow through the mobile app given to them.

This System also helps the district administration to take the timely action on occurrence of any disruption like EVM failure or any issue of law and order during poll day. Please tell us about the concept of Assured Minimum Facilities (AMF).

To encourage general public to exercise their right to choose government, it is very important to assure that the place where they visit to cast vote is well equipped with all basic facilities. The AMF mobile app has been developed to upload the facilities including Toilet, Electricity, Shade, Ramp, Telephone, Water and Furniture of assembly’s polling stations using a smartphone. While capturing the photograph, latitude and longitude of the location as well as date and time stamp is recorded automatically and gets uploaded on the central server. The uploaded data is available to the district officials to saturate the deficient polling stations facility wise.

How successful has been the M-Voter app?

M-Voter App has been implemented to make available all the information required by voter at one place. This app facilitates citizens to search their name with the information of their polling station and voter serial number in voter list. This app helps the Citizens to locate their polling booth on map. Voters can also get the information about the assembly wise contestants by using this app. User can download the booth wise voter list on their mobile and can send the feedback and suggestions to us also.

What has been the response of Webcasting in this UP election?

In the current assembly elections NICSI was assigned the task of webcasting in the critical/ vulnerable polling booths selected by District Administration. The webcasting can be viewed only by the District administration, CEO UP office & Election Commission of India officials.

For the webcasting, dual sim tablets were used and webcasting was processed through the online portal. Tablet was customized in such a way that it can stream the video on 2G Network also. The data will be available on cloud upto 3 months after the election process is over so that the DM office, CEO office and ECI can view the recording of any webcasted polling stations whenever it is required

This is first time in UP elections, webcasting was carried out by NICSI to maintain the quality of streaming. The cost of webcasting per booth has come very less in comparison to other states and even in the earlier elections of UP.