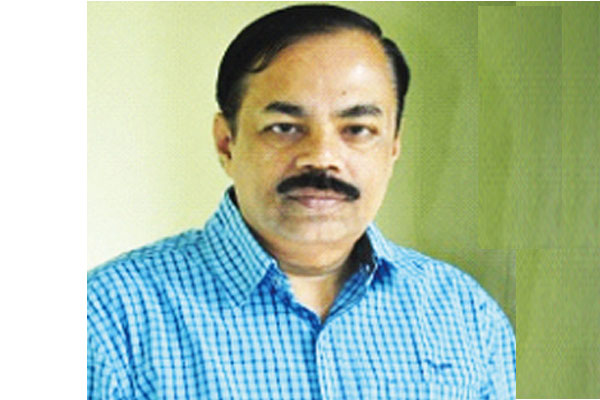 How HMDA is playing a significant role in the development of the city?
Hyderabad is globally recognised as an IT hub and also the gateway to South Central India. It is also a hub for pharmaceutical industry, educational, research institutions, and many others. On account of this, Hyderabad is ranked at 78th position for the year 2016 in the Global City index and adjudged as best liveable city in India. For any city, master plan acts as a growth engine, promoting sustainable planned development. HMDA is preparing such master plans for Hyderabad city. Further, HMDA is also taking up several infrastructural projects. It has executed several important projects such as construction of 158 km, eight lane controlled-access express highway (Outer Ring Road), PVNR Expressway, Necklace road and several flyovers.

HMDA is also playing an important role in protecting the environment of Hyderabad by taking up several greenery programmes. HMDA is developing residential layouts under Sites and Services programme. To provide affordable recreation to Hyderabad citizens, HMDA maintains several parks like NTR Gardens, Sanjeevaiah Park and Lumbini Park. The famous Hussain Sagar Lake is also maintained by HMDA. Off late, we are maintaining the second tallest National Flag (293 Feet) in Hyderabad. Thus, HMDA is playing a significant role in the development of the city.

What have been the major focus areas for HMDA? How do you evaluate its performance in recent years?
Telangana is a newly formed state in the country. The people have a lot of expectations from the new government. Our Chief Minister K Chandrashekar Rao and Minister for IT, Electronics and Communications Department K T Rama Rao want to make Hyderabad a global city and build ‘Bangaru Telangana’.. HMDA is now preparing a revised and integrated master plan keeping in view the vision of both CM and the Minister. The second important focus area is addressing transportation issues. A comprehensive transportation study for Hyderabad city has already been conducted by Unified Metropolitan Transport Authority (UMTA) and now we are going to introduce an intelligent transport system for Hyderabad city.
To decongest the city, HMDA is also focusing on development of transport oriented growth centres all along the Outer Ring Road. HMDA is taking up several new projects such as construction of logistic parks, intercity bus terminals, eco parks and transit oriented development centres.

How are you tackling the issue of illegal constructions and unauthorised layouts in Hyderabad? There are several illegal constructions and unauthorised layouts in Hyderabad metropolitan area. We have identified such illegal layouts and issued notices. We recently launched demolition drive as well. Further, the government has also issued several orders for regularisation of these unauthorised structures and layouts.

What are the other major challenges the authority has been facing in the city ? Mobilisation of the resources for taking up new projects and lack of skilled man power are some of the issues we are facing. However, now we are going to solve all these problems since government is committed to fund the projects.

How significant is the move to illuminate the Outer Ring Road (ORR)? Which are the other areas which will be illuminated in the near future?
The ORR is 158 km long. The proposal to illuminate stretch of ORR from Gachibowli to Shamshabad, 24.20 km in length at a cost of Rs. 30 crores is a significant move as this stretch carries maximum volume of traffic 24×7 and more number of accidents are reported compared to the remaining stretch of ORR. In order to minimise accidents on this stretch, illumination on the service roads, Main Carriageway (MCW) and interchanges for the 24.20 Km stretch is taken up.
The work was given to to Philips India Limited through a competitive bidding during December 2016 and is in progress. The work is scheduled to be completed by July 2017.
The lighting system proposed consists of 1,858 units of 210 watts LED bulbs on the MCW, 2,312 units of 90 W bulbs on the service roads and 35 High Mast lights in the interchanges.
The system is designed for an average LUX level of 30, 20, 50, 70 for the MCW, service roads, interchanges and vehicular under passes respectively. The system will be equipped with real time web based monitoring and control system (automation dimming, fail alarm, abnormal power conception).
In addition to providing illumination for the above stretch, it is also proposed to provide illumination for remaining 17 interchanges on ORR.

How soon the unified master plan will come into existence? What will be the key feature of this plan?
Our Hon’ble Chief Minister’s vision is to make Hyderabad a global city, so keeping his vision in view, we are preparing a vision development statement for the city. The work for integrated master plan is going on in full swing and it will be completed in two to three months.

What special projects have you undertaken to protects the lakes in Hyderabad ?
Lake protection is a key agenda for HMDA. We are having 3,132 lakes in the HMDA area. We have hired an agency which has surveyed about 2,000 lakes and finally notified 200 tanks. We are fixing Full Tank Level (FTL) boundaries and also addressing the collectors. HMDA has also taken up removal of encroachments in these lakes, apart from several greenery activities. Already, we maintain the prestigious lake of Hyderabad – Hussain Sagar.