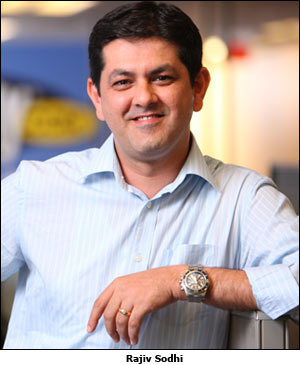 Rajiv Sodhi, the Vice President and Managing Director of GoDaddy India and Australia, has resigned from the internet domain registrar to join software giant Microsoft to lead its cloud and server business.

“My focus is to lead the company to drive internet adoption amongst small businesses (SMBs) in India and bridge the digital divide in the country. We achieve that through driving massive awareness on mass media and online channels, localising our offerings for the market and providing the best customer care 24X7,” Sodhi said after his appointment at Microsoft.

Sodhi had joined GoDaddy in 2012 and led several new projects, products and services in regional languages in India targeted at small business around the country.

Under him, GoDaddy became India’s first domain provider to offer its services in regional languages. Prior to joining GoDaddy, Sodhi was Microsoft’s Director-India SMB, Cloud and Software Sales through Distribution and Reseller Channel Management.

At Microsoft, Sodhi will be responsible for leading the company’s cloud business and compete with AWS — the global software giant’s main competitor in the cloud domain in India.