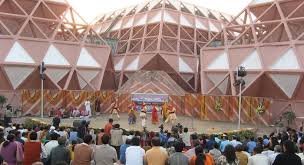 The India India Trade Promotion Organisation has decided to make ‘Digital India’ as the core theme of this year’s India International Trade Fair (IITF). The 36th edition of IITF will start from November 14 at Pragati Maidan.

The theme pavilion would be developed in hall number one and all the states are expected to showcase their Digital India initiatives there.

To promote Prime Minister Narendra Modi’s pet project, there will be industry interaction via seminars, panel discussions and tech-talks during the event.

Success stories of grassroots level contributors and achievers of Digital India movement, especially women and members from the backward section of the society, will also be highlighted as part of the event.

“There will also be games, demonstration of services, highlights of achievements and awareness programmes like ‘Digi Swachha Abhiyaan’, e-waste collection and contest on social media,” an official said. The initiative aims at showcasing the meaning and impact of Digital India on women, students, dalits, farmers, employment and others.

Digital India is one of the most important programmes of the government and has achieved manifold successes in projects like Mera Aadhaar, Meri Sarkar (MyGov) and Mera Digital Locker.

During the 14-day event, 1.50 lakh visitors are expected at the fair venue per day and the government wants people to know about its Digital India initiatives in a big way.